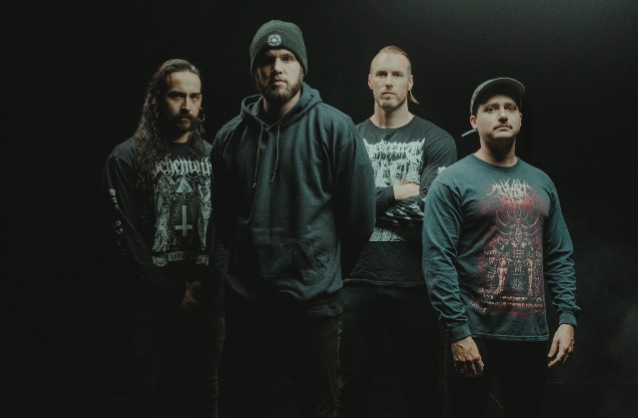 Australian metal destroyers AVERSIONS CROWN will release their fourth studio album, "Hell Will Come For Us All", on June 12 via Nuclear Blast. The disc was produced by the band while engineering was handled by Matt Shorter at Heliport Studios. The album was mixed and mastered by Will Putney at Graphic Nature Audio, with additional mix engineering and vocal production by Steve Seid. Eliran Kantor was enlisted to help paint the story that would be echoed throughout the album.

The music video for the first single, "The Soil", was directed by Third Eye Visuals and can be seen below.

The band comments: "We're excited to be able to release the first taste of the new music we've been working on. The sound of AVERSIONS CROWN has grown and matured, and I feel this is our most focused album to date."

"Hell Will Come For Us All" track listing:

The particular sci-fi, melodic sound that erupts from "Hell Will Come For Us All" is of a high intensity that still remains deeply captivating and listenable. The melodies, choruses, and atmospheric leads pull you in and quickly pummel you with crushing blast beats and maddening guitar work.

AVERSIONS CROWN is currently on the "Human Target" North American 2020 with headliners THY ART IS MURDER. Also joining them on tour is FIT FOR AN AUTOPSY, ENTERPRISE EARTH, UNE MISÈRE and EXTINCTION AD. 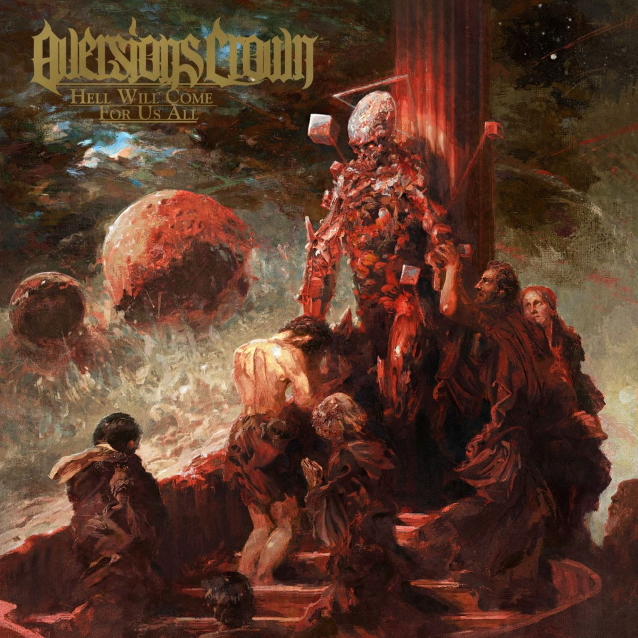