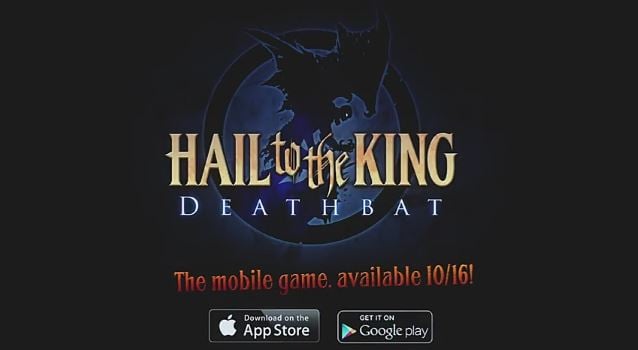 AVENGED SEVENFOLD's Hail To The King: Deathbat mobile video game will be released on October 16. It will be available via the App Store and on Google Play.

A new trailer for the game is available below.

AVENGED SEVENFOLD singer M. Shadows revealed to Revolver magazine that Hail To The King: Deathbat will include an avatar of late drummer, Jimmy "The Rev" Sullivan. Shadows explained, "With the blessing of his parents, we put The Rev in the game. Once you unlock his character, you can use him as your comrade to help you through the levels."

AVENGED SEVENFOLD was touring in support of its 2013 album, "Hail To The King", which debuted at No. 1 last year on the Billboard album chart.