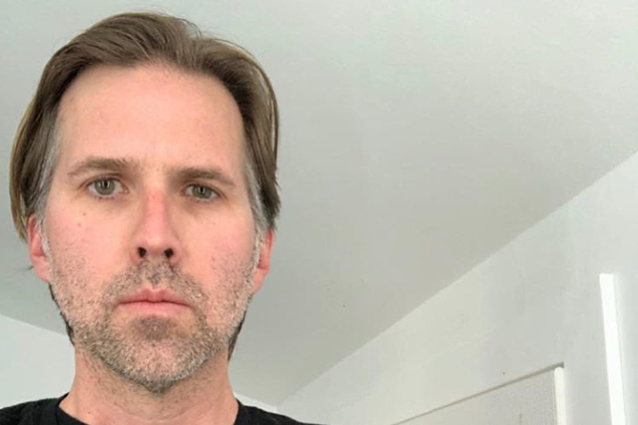 AVENGED SEVENFOLD's Brooks Wackerman has commented on the passing of Neil Peart, who died on January 7 in Santa Monica, California after a three-year battle with glioblastoma, an aggressive form of brain cancer. The iconic RUSH drummer was 67 years old.

Speaking to "The BitRock Podcast", Wackerman reflected on how he found out Peart had died. He said: "I was in the studio writing with my band and started receiving texts from all my drummer friends that Neil passed away, and I was just in disbelief. I had no idea that he was sick. And what was tragic about it is I knew he really didn't wanna tour at the end of his career with RUSH. So he finally retires what, like, four or five years ago, and only has that time to relax and write books, which I know he had a passion for. So, to me, that was the saddest part of it all — that he didn't really have time to do other activities besides touring.

"What a force to be reckoned with," he continued. "I grew up listening to RUSH, and my first I was in, we did a cover of 'Limelight'. [We were called] TNT, because we were 'dynamite.' I just remember we were playing all these pop songs, and our guitar player was a huge RUSH head, and he was the one that brought 'Limelight' to the table, and it was by far the hardest song to [play].

"'Moving Pictures' was my introduction to RUSH, and then once I got the news that [Neil] passed, I was driving home, every stop light, I was listening to a new RUSH song and I would snapshot it and post it on my Insta."