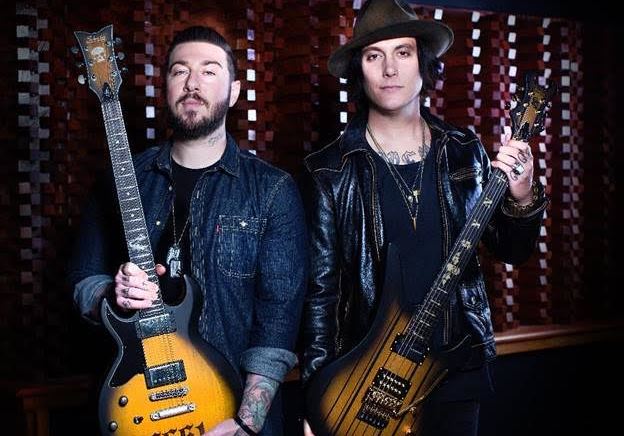 The 2016 Zacky Vengeance ZV-6661(street price: $999) will be armed with Seymour Duncan JB humbuckers and outfitted with "distressed" chrome hardware including the TonePros TOM System. Finished in a new aged natural satin black burst, each guitar will have Zacky's "6661" insignia hand engraved into the body.

Zacky and Syn will be taking these new models into the studio next month as the band begins to record the follow-up to their chart-topping album "Hail To The King".

Schecter Guitar Research has also announced the kick-start of its acoustic line with the release of three Synyster Gates signature models.

Syn has been using these to write for AVENGED SEVENFOLD's upcoming disc. He plans to also utilize these in the studio and quite possibly on stage.

Each of these acoustics are uniquely different, with the grand auditorium-sized SYN-GA-SC (street price: $489) featuring a cut-away design, electronics with 3-Band EQ and on-board tuner as well as "borrowing" Syn's popular silver pinstripes, "Scorpion" headstock and "Death Bat" inlay pattern from his signature electrics.

The Syn GA-SC (street price: $559) is also grand auditorium-sized with an upper-bout cutaway. Construction is solid rosewood sides and back with a trans black burst finished sitka spruce top. Fishman electronics power this one with their Soniccore piezo bridge pickup and ISYS Active EQ with on-board tuner. A7X Death Bats adorn the inlay and rosette.

The Jumbo bodied SYN-J (street price: $599) shares the same Fishman electronics as the Syn GA-SC, but is finished in a high luster gloss black with mahogany sides and back.

Zacky Vengeance spoke to U.K.'s Kerrang! magazine late last year about the direction of the material for the band's next album,. He said: "It's pretty much completely aggro. It goes in all sorts of aggressive directions and melodic directions. It has a lot of metal elements that we grew up loving. And tons of melody. It's hard to say. At this point, the only word that would describe it is 'aggro.'"

Drummer Brooks Wackerman, who joined AVENGED SEVENFOLD last year following the departure of Arin Ilejay, added: "It's going to be a completely different record once again. I just know that, even though it will still sound like AVENGED, it's going to be different to 'Hail To The King'. I think there will be a little more classic AVENGED in there, intertwined with some new flavors."

According to AVENGED SEVENFOLD guitarist Synyster Gates, all five members of the band contributed to the songwriting process. He said: "We want everybody to be in their own headspace to add a different element to the pot, because we really enjoy being an eclectic band and approaching music in a different way." 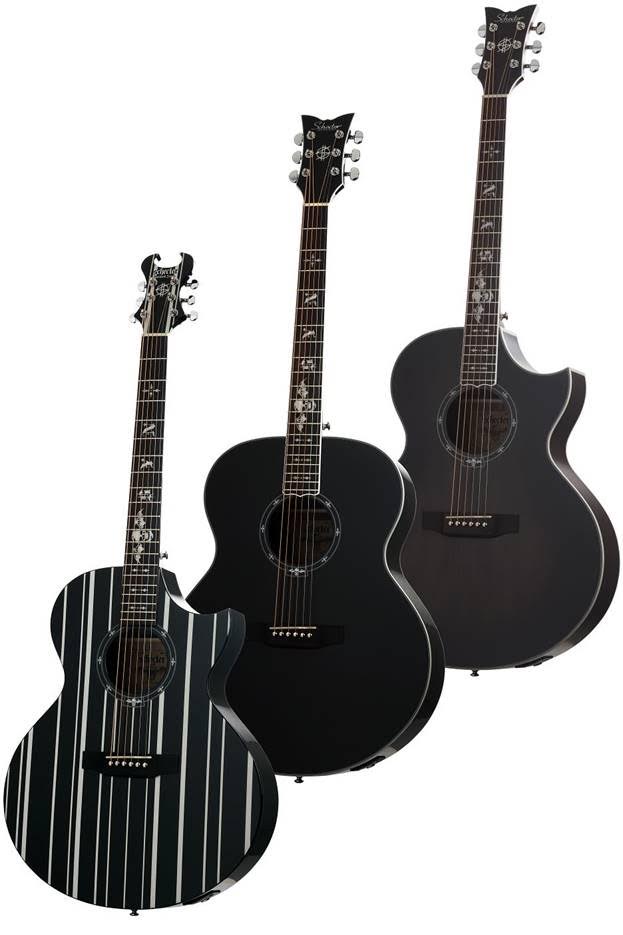