"Dungeon Hunter 5", the latest episode of Gameloft's successful hack-and-slash series, has announced a partnership with Universal Music Group and multi-platinum-selling rock band AVENGED SEVENFOLD. The game will offer its players an exciting experience around the universe of the band, with a special bat-themed dungeon and featured in-game assets. The collaboration will also grant fans an exclusive access to "Dose", a brand-new song from AVENGED SEVENFOLD.

For two weeks, players will be able to enter a thematic dungeon where they will have to part with hordes of undead minions and bewitched demons before the final confrontation against a terrific new boss, inspired by the band's visual identity and the branding of their critically acclaimed new album, "The Stage".

In addition, the soundtrack of this special level will be a new song from the band, exclusively broadcasted in "Dungeon Hunter 5" before its worldwide streaming release on July 14.

"Dose" can now be heard below.

"Musically, 'Dose' was supposed to be a Part 2 to 'Roman Sky' and had a very cinematic feel, but we turned it into more of a tripped-out metal song," says AVENGED SEVENFOLD vocalist M. Shadows. "The lyrics were inspired by an unsolved mystery that dates back to the 1950s about an airline traveler who, if you believe the story, supposedly fell into our dimension from another. According to reports, he showed up in a Tokyo airport with a passport from a country that didn't exist anywhere on a map. He was detained for questioning, but mysteriously vanished from a room guarded by immigration officials, taking with him all evidence of his existence. It ties into the theory that there are infinite possibilities of our lives being played out across space and time. Don't know if the story is true, but I'm fascinated by that kind of stuff and thought it'd be a fun idea for a song."

Following "Malagueña Salerosa" and "Retrovertigo", "Dose" is the third in a series of new tracks being released by AVENGED SEVENFOLD over the course of the coming months.

First displayed on the boss of the dungeon, the bat-themed equipment will also be available for a limited time: an incredible skeleton armor, a guitar-shaped giant sword, and a back shield adorned with AVENGED SEVENFOLD's logo.

AVENGED SEVENFOLD frontman M. Shadows recently confirmed to the Razor 94.7 radio station that the bad will embark on a full North American headlining tour in January and February 2018. The trek, which will be announced after the completion of AVENGED's current stadium run as the support act for METALLICA, was originally "supposed to happen this summer until we got that call from METALLICA, so we decided to put it on hold," the singer explained. 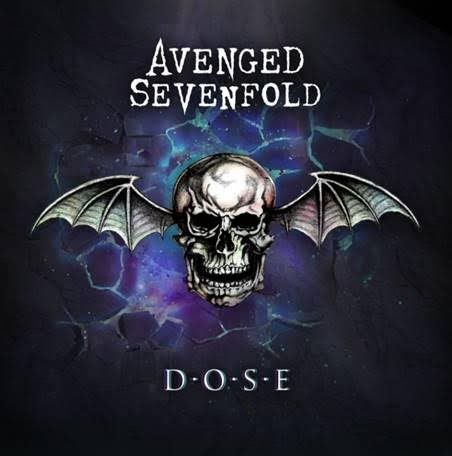