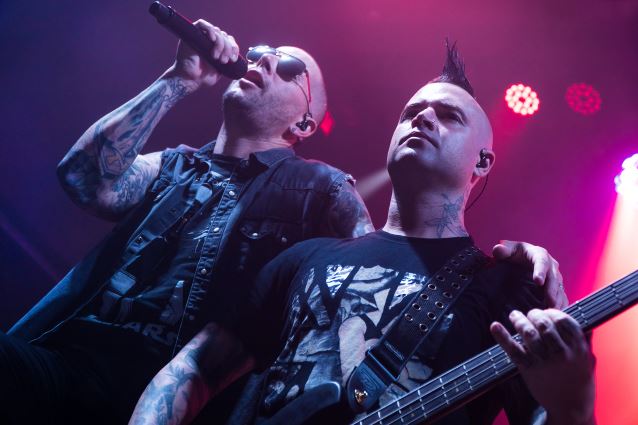 AVENGED SEVENFOLD has announced a special October 27 event at which the band will perform "on a very grand stage for the entire world to enjoy." The concert will begin at precisely 8:30 p.m. PDT and will be livestreamed on the band's Facebook page. Fans will also be able to watch in 3D 360° and Virtual Reality on AvengedSevenfold.com.

AVENGED SEVENFOLD played its new song "The Stage" live for the first time on October 15 at Knotfest Mexico at the Ford Pegaso in Toluca. The track, which is available via Spotify and other streaming music services, is expected to be included on the California band's seventh studio album. The disc is rumored to be called "Voltaic Oceans" and has no official release date, with more details expected to be revealed on October 27.

Last week, AVENGED SEVENFOLD launched a new web site at Deathbot.net to answer fan questions, although questions about the new album are met with cryptic or vague answers. 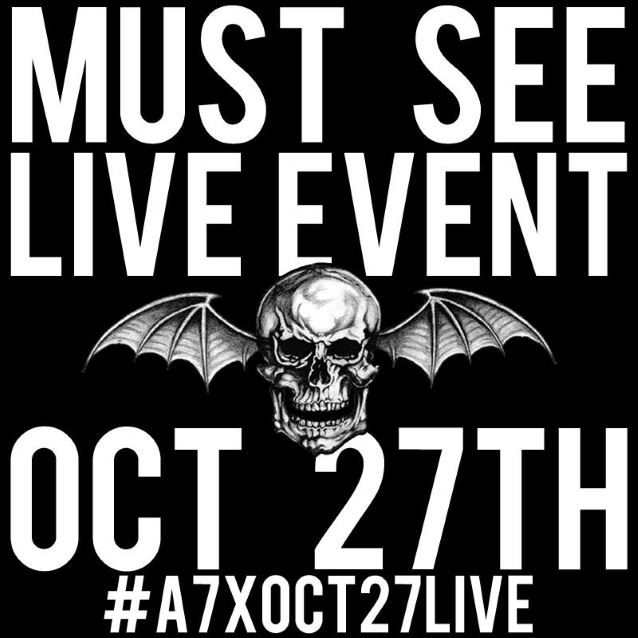