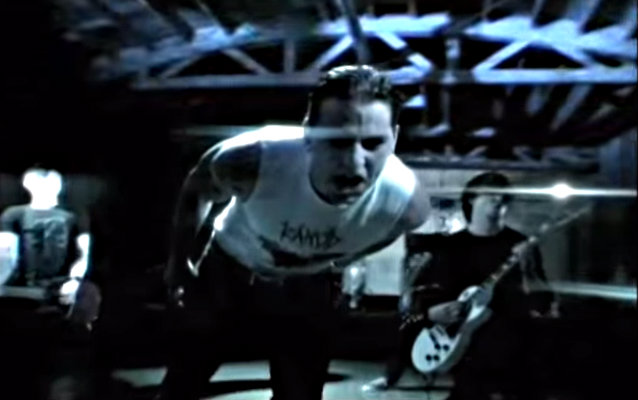 Out now in stores is the special edition reissue of AVENGED SEVENFOLD's second album, "Waking The Fallen". The 2003 disc was the first to feature guitarist Synyster Gates and bassist Johnny Christ as full-fledged members, and its last independent release before signing a major deal with Warner Bros. Records. Although the band originally wanted to reissue the record for its 10th anniversary, guitarist Zacky Vengeance told The Pulse Of Radio why it was held up for a year. "You know, between me and Matt [Shadows], our singer, digging deep within everything that we have, our vaults, and, you know, getting on the phone with my family members, looking through the house, scouring the attics of my parents' house, you know, where I grew up at, to really make this special, it took a little bit of extra time," he said. "And we were rushing to get it out on the anniversary, we would have loved nothing more than to be able to do that, but to us it was more important to have the quality product that our fans deserve."

The band has released the original first cut of the video for "Unholy Confessions", which was very different from the official video. The clip is also included in the reissue.
"Waking The Fallen" followed up AVENGED SEVENFOLD's 2001 debut, "Sounding The Seventh Trumpet".

AVENGED SEVENFOLD is touring in support of its 2013 album, "Hail To The King", which debuted at No. 1 one year ago this week on the Billboard album chart.