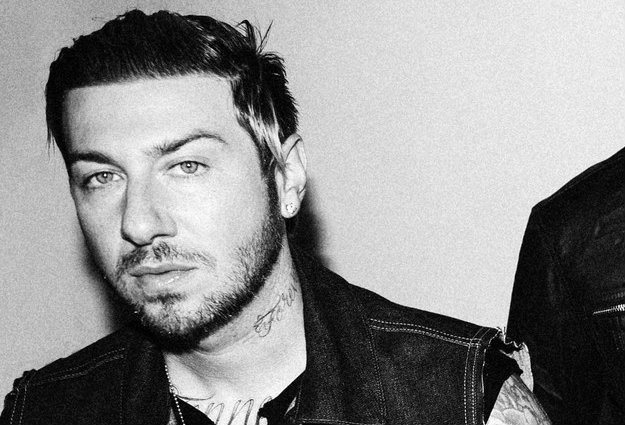 In a brand new interview with The Salt Lake Tribune, AVENGED SEVENFOLD guitarist Zacky Vengeance defended the band's decision to evolve again with its latest album, 2016's "The Stage", knowing full well that it wouldn't appeal to everyone.

"It was kind of our punk rock, heavy metal, progressive 'Dark Side Of The Moon', if you will," he said. "And there's been people who've praised it as the greatest album that they've heard, and there's been fans and people that, just truly, it's over their heads and they don't get it. And that's what making music's all about. I can't honestly say with a straight face that every AVENGED SEVENFOLD album is my favorite. But I see the beauty in all of it. You always have to try new things, and that's the one thing that we've learned from all the greats — every album isn't gonna be every fan's favorite, but as long as you keep switching it up and making new fans, it's really about being persistent."

According to Zacky, AVENGED SEVENFOLD has never paid much attention to its detractors, many of whom lambast the band for everything from "looking like Hot Topic catalog model rejects to "not really even being metal at all."

"From Day One, we've always gotten backlash for certain outlandish ideas that we've had and presented," Vengeance told The Salt Lake Tribune. "That's also kind of been the driving force that’s pushed us forward. A lot of people have ideas and opinions on what AVENGED SEVENFOLD should be or what we should do, and I think our No. 1 rule is to always make sure we never listen to any of that and to always do what we believe."

"The Stage", a concept album based on Artificial Intelligence, was released last October with almost no promotion beforehand. Even though debuted at No. 4 on the Billboard 200 — and No. 1 on the Top Rock Albums, Top Hard Rock Albums and Top Alternative Albums charts — the band has since acknowledged that the unconventional rollout has made for something of a struggle ever since.

AVENGED SEVENFOLD frontman M. Shadows recently confirmed to the Razor 94.7 radio station that the band will embark on a full North American headlining tour in January and February 2018. The trek, which will be announced in September, was originally "supposed to happen this summer until we got that call from METALLICA, so we decided to put it on hold," the singer explained.