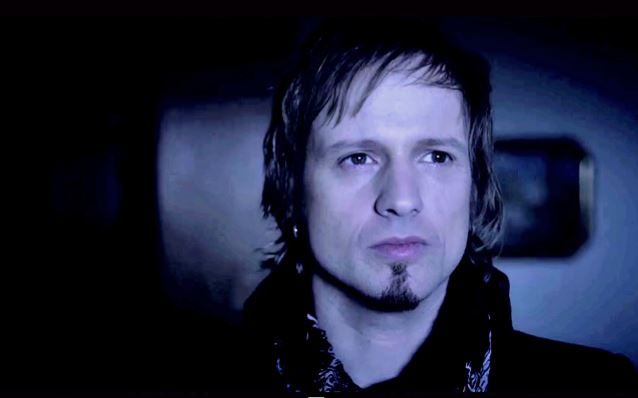 EDGUY frontman Tobias Sammet's AVANTASIA project will release a new studio album, "Ghostlights", in early 2016 via Nuclear Blast. An EP/single will precede the full-length effort in the fall.

AVANTASIA's all-star lineup will embark on the "Ghostlights" world tour next year. The trek will kick off in Berlin on March 4, 2016.

Comments Tobias Sammet: "In the past months, I've spent a lot of time in the studio, an odd recluse in the basement, secretly working obsessively on something that reads and feels and sounds like a new — very strong — chapter in the story of AVANTASIA.

"I must say AVANTASIA is a fantastic outlet for creativity, and it's truly inspiring to create a piece of music for so many great vocalists and instrumentalists.

"The new material is very bombastic and dynamic, and even though it's extremely diverse, every minute of it sounds like AVANTASIA.

"I'm really proud of what we're creating right now. And as if that wasn't enough: I'm anxiously looking forward to hitting the road again.

"I didn't necessarily expect this to happen, as in the past, it has always been difficult to align the individual schedules of the guest stars, but things have worked out, and we're ready to make it happen one more time! We'll put on a big show, we're gonna play over three hours, and we'll take the fans to a magical world all its own — to AVANTASIA. The live setlist is going to embrace the entire history of AVANTASIA, from 'The Metal Opera' to 'Ghostlights' and, of course, everything in between!"

AVANTASIA's latest album, "The Mystery Of Time", was released in March 2013. The effort was made available as a regular CD, limited-edition vinyl and limited-edition hardcover book with a 28-page booklet containing ten regular songs and two bonus tracks ("The Cross And You", "Death Is Just A Feeling"). The cover artwork was hand-painted by world acclaimed British fantasy artist Rodney Matthews. Among Rodney's most famous artworks are not only album covers for rock legends such as MAGNUM, THIN LIZZY, ASIA and NAZARETH, he has also designed the characters for the TV series "Lavender Castle" and created the covers for novels by British fantasy author Michael Moorcock and many more.