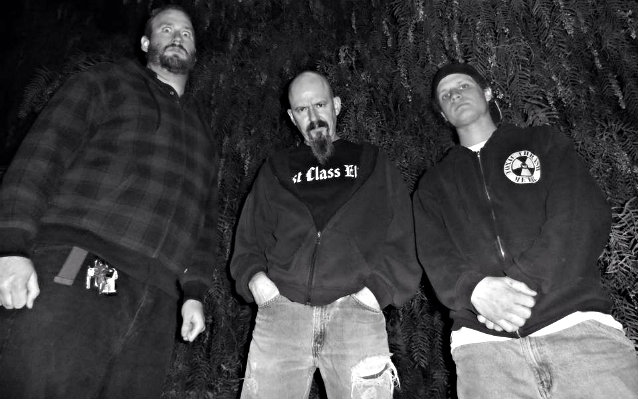 Vic Records has announced the signing of VIOLATION WOUND, the punk/rock/metal band formed by Chris Reifert (DEATH, ABSCESS, AUTOPSY) on guitar and vocals. Due on May 26, the band's debut album features guest appearances from Danny Coralles and Eric Cutler (both guitar players in AUTOPSY). The production is raw and primitive and as punk as it can be — like a perfect mixture between AUTOPSY and the RAMONES.

In a 2013 interview with Decibel magazine, Reifert stated about VIOLATION WOUND: "We first got together around beginning of June [of 2013]. I had mentioned the idea of a pure punk band to my friend Joe Orterry, who used to play bass in FOG OF WAR, and he said he was into it. At first I was going to play drums as usual, but after thinking about it decided to switch over to guitar. We hit up Matt O'Connell, who is the current FOG OF WAR drummer, to see if he would like to go for it and after giving him the rundown of what it would be about, he said yeah. It all fell right into place and next thing you know the volume is up and we're stockpiling songs as well as empty beer and whiskey bottles!"

Regarding VIOLATION WOUND's upcoming debut CD, Reifert said: "It's 18 songs in about 26 minutes, so you know there's no fucking around. They're real songs, though, not just noise for the sake of it… This is lots of fun for us, but it's certainly no joke either… We poured our fucking guts into it!

"I've always valued good songwriting and this is no exception. We had a kick-ass time recording and even got Danny and Eric from AUTOPSY to come down to throw down a couple of solos… Good times! But as with AUTOPSY, any sort of proper touring just isn't possible. The main plan right now is to get the album out there and into your ears. Beyond that, who knows?"

On the topic of the VIOLATION WOUND band name, Reifert said: "It just popped into my head one day. It sounds uncomfortable and painful, eh? It can mean several things, all of which would probably be considered awful in one way or another. Heh Heh… It's a pretty striking name, I think, and best of all, no one else was using it. I had a few other ideas at first, and I thought there was no way they could be taken, but sure enough… a bit of research proved me wrong. Ha! I really like the name and it just fits. It's one of those things where I can't imagine it any other way now." 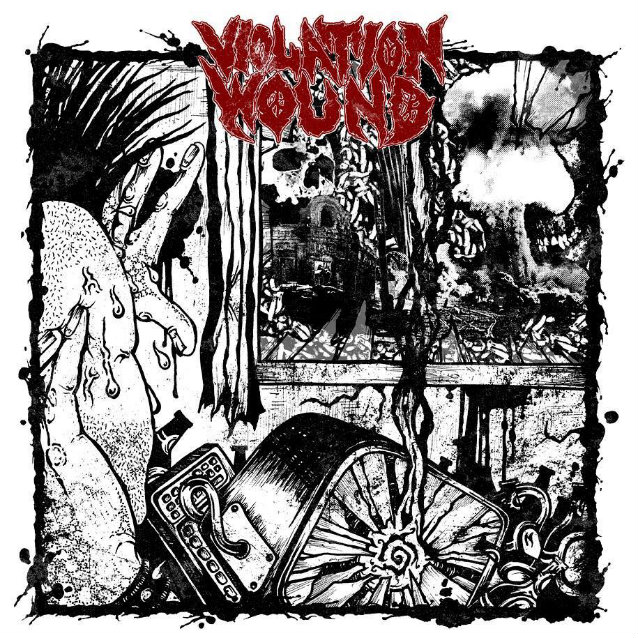