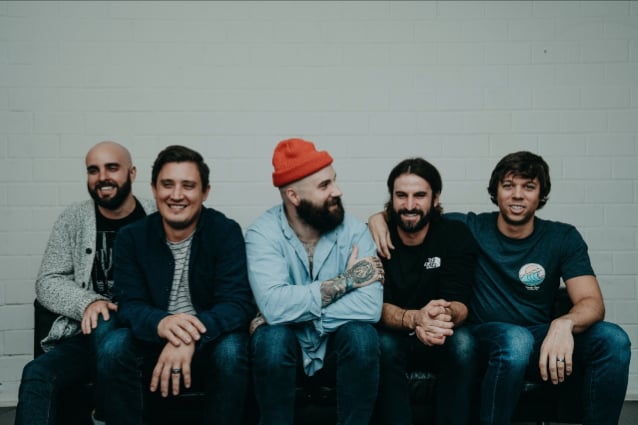 Two-time Grammy Award-nominated Pennsylvania quintet AUGUST BURNS RED is celebrating the 15th anniversary of its debut album, "Thrill Seeker", in a major way. The band will perform the 2005-released classic in its entirety during a livestreamed show set for Saturday, November 14 at 8 p.m. ET / 5 p.m. PT. The encore will be comprised exclusively of songs from the 2007 follow-up "Messengers". The show will feature the band's biggest stage production to date and will be broadcast from six camera angles.

Tickets and merch bundles are available now at this location.

The "Thrill Seeker" live performance is being recorded, professionally mixed, and mastered for a special vinyl release. It will serve as the first time that there will be a recording of Jake Luhrs (lead vocals) and Dustin Davidson (bass) performing "Thrill Seeker", as both joined the band post-release. The live vinyl is available for pre-order on two different colors with reimagined artwork. A new line of "Thrill Seeker" merchandise will also be available.

"Being stuck at home for the past six months has given us a lot of time to think and plan what we wanted to do next," JB Brubaker (lead guitar) reveals. "It's been such a strange year and I have never gone this long without playing music with my friends.

"When we realized that this November marks the 15-year anniversary of 'Thrill Seeker', we wanted to do something special for our debut album. We decided to get together and perform the entire thing on the Internet.

"We are going all in on production — from lighting to video to audio. Our goal is to push the envelope on what people have come to expect from a livestream performance. Mark your calendars for November 14. In the meantime, we'll be practicing..."

AUGUST BURNS RED's latest full-length, "Guardians", is out now through Fearless Records. The album debuted at No. 1 on the Billboard Hard Music Albums chart, the Rock Albums chart, and the Vinyl Albums chart upon release. 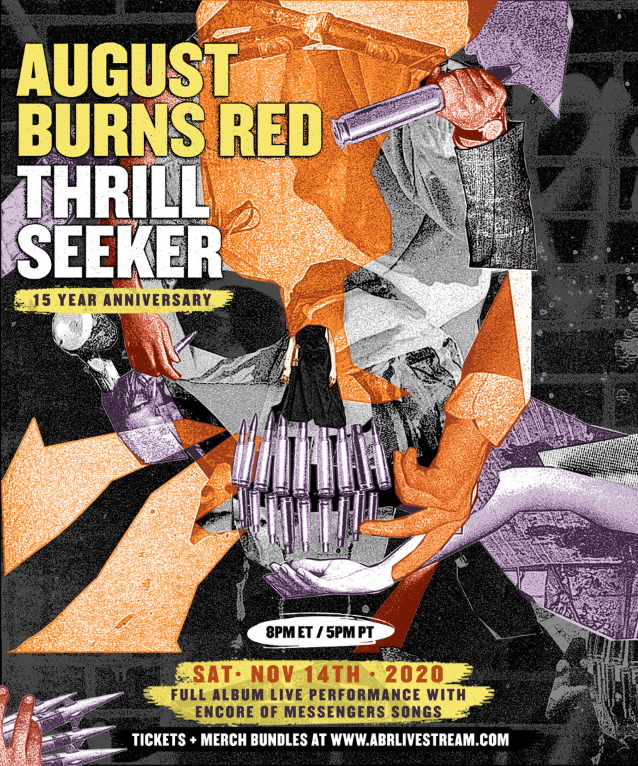