RadioactiveMike Z, host of the Riverside, California radio station 96.7 KCAL-FM program "Wired In The Empire", recently conducted an interview with guitarist Dan Jacobs of California metalcore band ATREYU. You can listen to the entire chat via the SoundCloud widget below. A few excerpts follow (transcribed by BLABBERMOUTH.NET).

On working with producer John Feldmann for ATREYU's latest studio album, "In Our Wake":

Dan: "Out of all the producers we ever worked with, we always thought the grass would be greener on the other side and use somebody different every time and cater to whoever we thought would be the ideal person for that particular album. Years had gone by and looking back on everything and all of our experiences, John Feldmann was the one we enjoyed the most and who we felt we got the most out of, so we were, like, 'Man, it would be cool to go back and do another album with him.' We went back and did it and it just worked so good. We worked so fast with him and the songs come out so quickly. We basically wrote everything in the studio, and within a week or two, we [had] half of an album recorded. Sometimes he'll just bring an overall idea to the table or a basic chord structure with a melody idea that he thinks would be cool. We take it and go to town on everything and it turns into a very ATREYU-sounding song."

On the sequencing of "In Our Wake":

Dan: "I think it's important with any album to have a variety on it so it's not the same song over and over again. You want to have an album take you on a journey, whether it be within a song, a few of them here and there and listening to a few of them to get the full experience. You can look at it in the way of an A and B side, if it's going to be put onto vinyl, which it is, there's always a side A and a side B. You always want the first side, the first six songs to collectively have their own vibe to it, then the next six have their own vibe, then collectively all of them together. We put a lot into that to make it feel right and get the idea across as best as possible. It's fun. As much as we love the old stuff, it's just so exciting to create stuff. It keeps our brains fresh. It keeps us relevant so we don't rely on classic hits and stuff. Doing something that is modern and letting fans that have never heard of us before using it as a gateway to get into the rest of our catalog and whatnot."

Dan: "It's awesome to see any band that's from our era, the bands that came out in the late '90s and early 2000s, still being relevant and still doing stuff. It just shows how talented these bands really are. It's cool to see it, especially to grow up with these people now. We're adults and have kids and are still touring around and playing shows together and putting out new music which sounds great. It's super-cool. It's awesome to watch it."

"In Our Wake" was released on October 12 through Spinefarm. 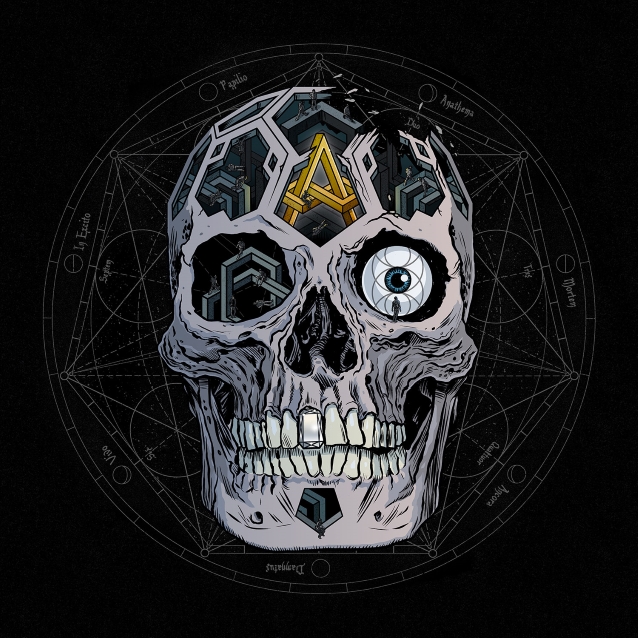