Fan-filmed video footage of reactivated Swedish metallers AT THE GATES performing at the Electric Weekend festival in Madrid, Spain on May 31, 2008 can be viewed below (uploaded by YouTube user "Dolhfin"). Photos from the same concert are also available (uploaded by Flickr user "look4azazel").

AT THE GATES summer 2008 reunion lineup:

In an October 2007 interview with BLABBERMOUTH.NET, AT THE GATES guitarist Anders Bjrler stated about the band's reunion plans, "We have been talking about a reunion for years, but there've never been any concrete plans until now. Me and Jonas [Bjrler, bass] have THE HAUNTED as our main priority musically. Adrian [Erlandsson] was very busy in the past with CRADLE OF FILTH. Tomas [Lindberg, vocals] does DISFEAR and THE GREAT DECEIVER, etc.

"I guess I realized this spring (2007), that if we were to pull this off at all it had to be planned way ahead at least a year prior to the reunion becoming a reality. Since we have alot of other obligations with our other main bands, families, work/studies it was really important to plan this early to avoid any discomfort or stress on our end (as well as the people we work with in our other bands). The summer of 2008 is ideal. Especially for me and Jonas, since we are currently in the writing stage of the new THE HAUNTED album, which probably means we will record it before next summer. Adrian is no longer with CRADLE OF FILTH which means he is not tied up with extensive touring as he was in the past. This leaves summer 2008 pretty much open for a couple of AT THE GATES shows." 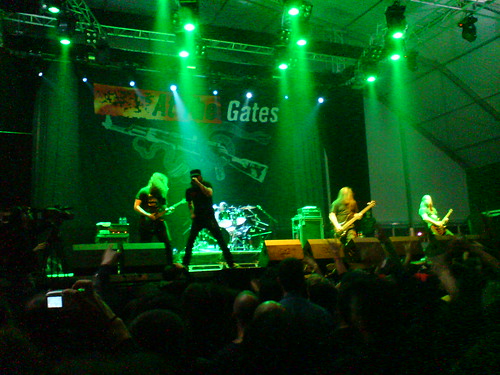 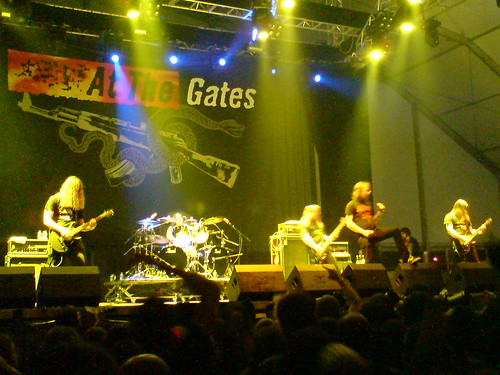 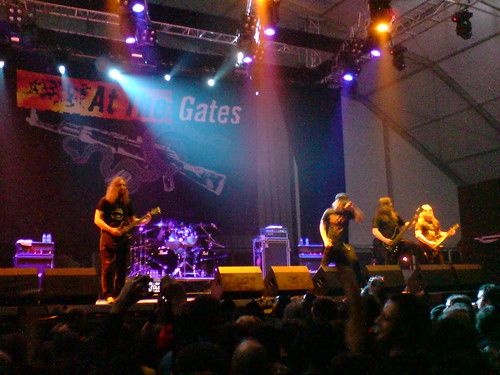 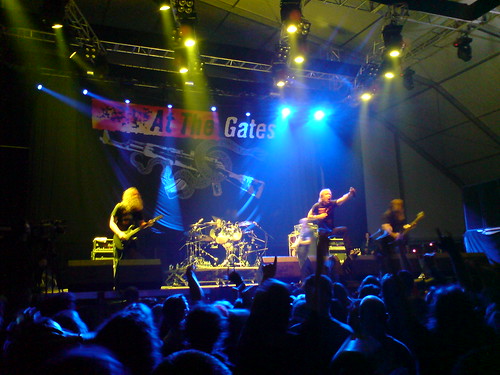