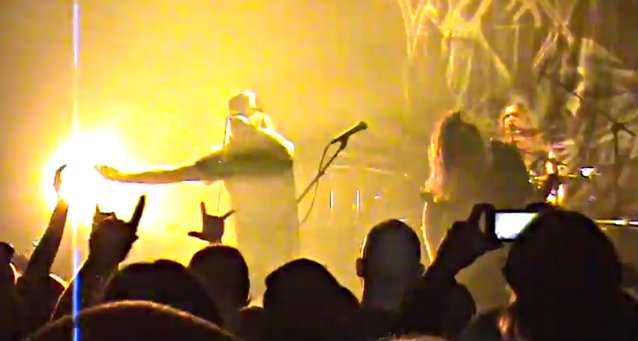 Tomas Lindberg (AT THE GATES, THE GREAT DECEIVER, LOCKUP, DISFEAR, THE CROWN) joined Swedish death metallers VOMITORY on stage at the band's last-ever show on December 27, 2013 at Metal Clüb / Nöjesfabriken in Karlstad, Sweden to perform the song "Revelation Nausea". Fan-filmed video footage of his appearance can be seen below.

VOMITORY announced its decision to disband in February 2013, explaining in a statement: "After 24 years, eight albums and hundreds of live shows across 30 countries, we have finally come to the end of the road. We in the band — Tobias, Urban, Erik and Peter — have made the collective decision to end VOMITORY by the end of 2013. It has been a blast on all accounts, but all good things come to to an end, and for VOMITORY, it is now."