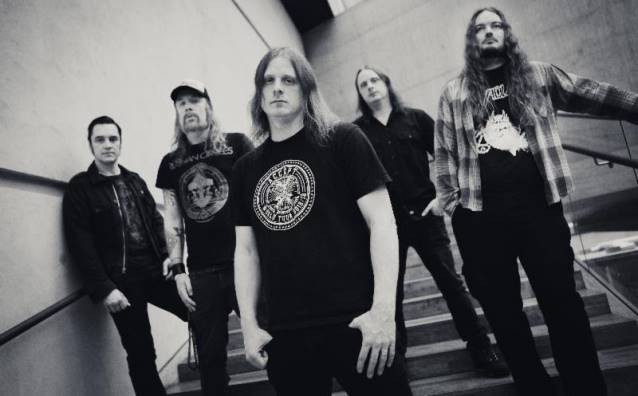 Swedish melodic death metal masters AT THE GATES (pictured) have announced a string of U.S. tour dates to follow after their appearance on the 2016 edition of the 70000 Tons Of Metal cruise. Set to kick off on February 9, 2016 in Fort Lauderdale, Florida, the trek will also feature THE HAUNTED and DECAPITATED (direct support) and HARMS WAY.

AT THE GATES frontman Tomas Lindberg comments: "We are so excited to finally come back to the states for more shows. The last tour was such a great thing for us, and the line up for this one is equally awesome. We can't wait to get out there, reaching some of the places that missed out on the action last time! See you there!"

THE HAUNTED's Marco Aro adds: "Finally! We are going to the U.S.! We've been trying to get this tour together for quite some time now, and now it's official... THE HAUNTED is teaming up with our brothers in AT THE GATES, DECAPITATED and HARMS WAY. All of us are so stoked about this and we hope you are too....see you out there!!"

AT THE GATES, DECAPITATED, THE HAUNTED, HARMS WAY tour dates:

* AT THE GATES and HARMS WAY only

AT THE GATES' latest album, "At War With Reality", was released on October 28, 2014 (one day earlier internationally) via Century Media. The CD, which sold 7,700 copies in the United States in its first week of release to debut at position No. 53 on The Billboard 200 chart, was recorded at Studio Fredman in Gothenburg and was mixed at Fascination Street Studios in Örebro, Sweden with Jens Bogren (OPETH, KATATONIA, SOILWORK, PARADISE LOST, KREATOR). 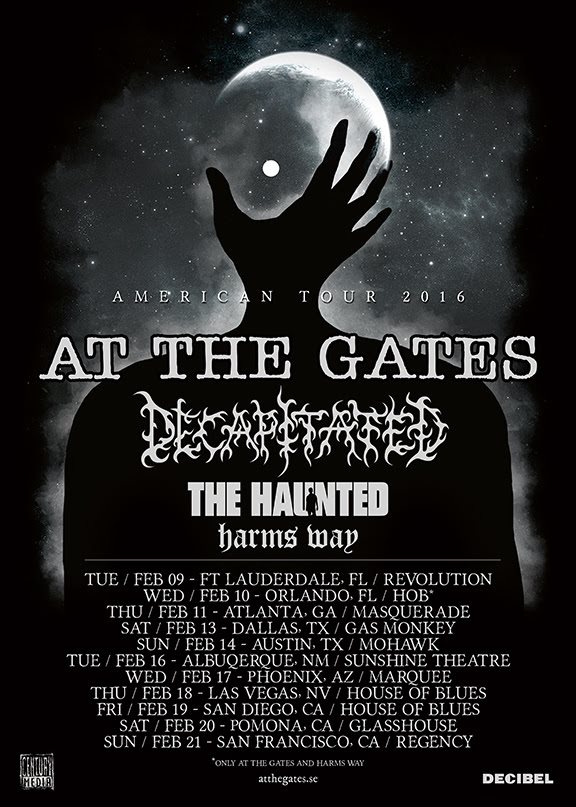