Swedish melodic death metal pioneers AT THE GATES have announced the addition of guitarist Jonas Stålhammar to the group's ranks. He joins the band as the replacement for co-founding guitarist Anders Björler, who left AT THE GATES in March.

Says AT THE GATES: "We have finally decided on a new guitar player, and we are ready to rip again! Actually, he was our first choice, and we are happy to have him on board.

"Jonas Stålhammar has been a friend since the late eighties (Tomas [Lindberg, vocals] used to tape trade with him back then!), and our paths have crossed many times during our careers.

"We were looking for someone who had the same reference points as we do, someone from the same path, so to say, who understand the greatness of both AUTOPSY and KING CRIMSON. Of course, it was essential that our new member could fill the shoes of Anders performance-wise as well, but that was never an issue with Jonas. We were looking for someone with a deep understanding of what AT THE GATES are about, someone who could contribute creatively to the band.

"Jonas Stålhammar will be a full member from day one, and will play on the upcoming full-length album, scheduled for recording in November 2017 - January 2018.

"We currently have eleven songs ready for said album, and are more inspired than perhaps ever before.

Stålhammar is currently a member of THE LURKING FEAR, CRIPPLED BLACK PHOENIX, BOMBS OF HADES and GOD MACABRE. He previously played in ABHOTH, UTUMNO and MACABRE END.

Lindberg recently told Metal Wani about the writing process for the next AT THE GATES album: "We are all very eager to get this done. The one that has stepped up so far is, of course, Jonas [Björler, bass], who wrote about forty percent of both [2014's comeback album] 'At War With Reality' and [1995's] 'Slaughter Of The Soul', so he stepped in as the main songwriter now, and the stuff that he's put on the table so far is amazing, basically. It really captures exactly the essence of what AT THE GATES is. I mean, 'At War With Reality' was a good album for us, a strong album, but I think this one is more focused on just being us."

Regarding the musical direction of the new AT THE GATES material, Tomas said: "There's been a lot of discussions, and, as I said, a very creative, inspired atmosphere right now. I would say that we are, again, in a sense, as with 'At War With Reality', trying to really grasp what AT THE GATES is. Maybe a little bit more again even further back to the roots a little bit to see what aspects of AT THE GATES we could put in the AT THE GATES of today and make it a whole record, so to say, to present as we are now. But I think there will be some surprises for people in a very good way. So far it's a very coherent, very strong album, [with] very strong songs."

AT THE GATES' comeback album, "At War With Reality", was released in October 2014 via Century Media. The CD, which sold 7,700 copies in the United States in its first week of release to debut at position No. 53 on The Billboard 200 chart, was recorded at Studio Fredman in Gothenburg and was mixed at Fascination Street Studios in Örebro, Sweden with Jens Bogren (OPETH, KATATONIA, SOILWORK, PARADISE LOST, KREATOR). 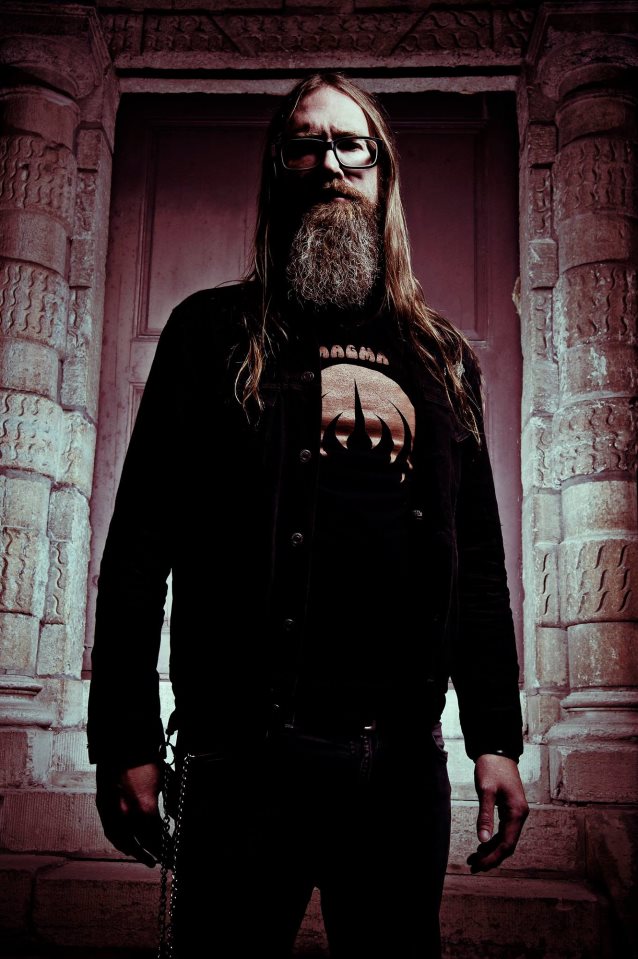