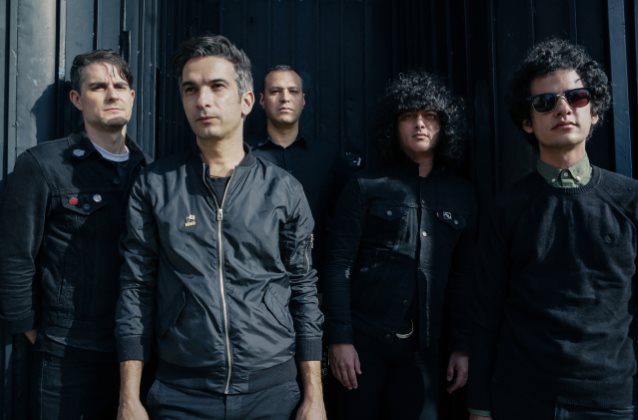 "Call Broken Arrow", the new video from AT THE DRIVE IN, can be seen below. The song is taken from the band's first album in seven years, "Inter Alia" (Latin for "among other things"), which was released on May 5 via Rise Records.

Directed by Rob Shaw, "Call Broken Arrow" acts as the prequel to the video for "Hostage Stamps", as it unfolds a story of previously seen prisoner and faceless captors — with an eerie appearance by mechanized spiders. Using the same intricate mix of digital and stop-motion animation, the video for "Call Broken Arrow" gives viewers a closer look behind the man's reason for imprisonment.

Shaw explains: "In 'Hostage Stamps', we have a prisoner being tortured and monitored by some sort of authoritarian organization. The guys wanted to show why he was imprisoned, as well as cast doubt over his innocence. It's funny how in stories, especially film stories, you tend to sympathize with whoever you spend time with. When you watch someone being mistreated, the assumption is that person is the victim. 'Call Broken Arrow' is in part about illustrating the prisoner's culpability, but even that is in doubt as we see the Watcher character who follows him around slipping something in his drink at the end."

Produced by Omar Rodriguez-Lopez and Rich Costey at Hollywood's Sound Factory, "Inter Alia" picks up where 2000's "Relationship Of Command" left off… and rockets off into myriad other trajectories as unpredictable as they are intense.

AT THE DRIVE IN is Cedric Bixler-Zavala, Omar Rodriguez-Lopez, Paul Hinojos, Tony Hajjar and Keeley Davis. 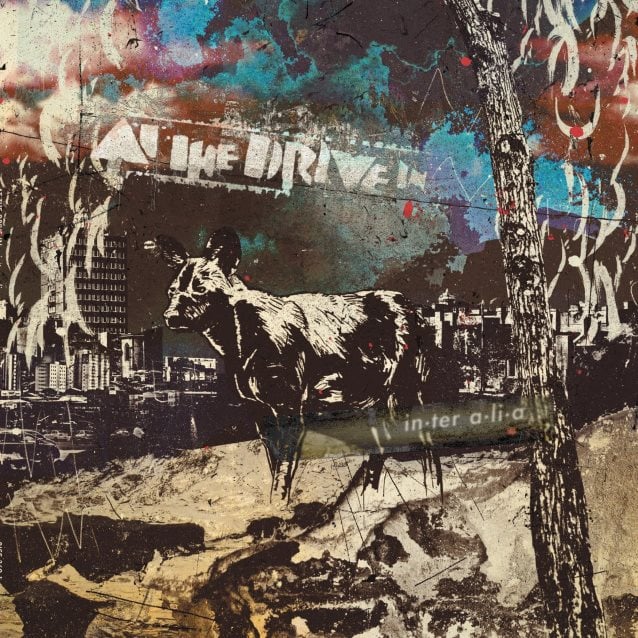