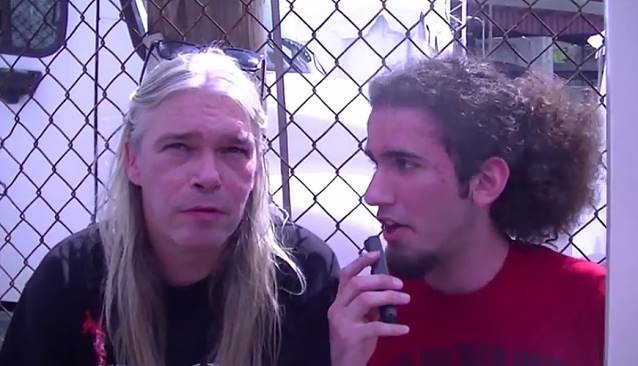 MetalRecusants.com conducted an interview with Martin Van Drunen, legendary frontman for Dutch death metal outfit ASPHYX, at the Maryland Deathfest XII, which was held May 22-25 in Baltimore. You can watch the chat below.

ASPHYX's latest album, "Deathhammer", entered the German Media Control chart at position No. 67. The CD was released in February 2012 via Century Media Records.