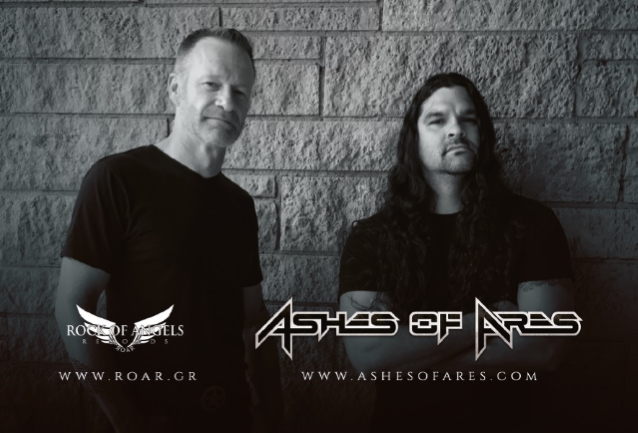 Limited to 300 copies, the EP that contains one new ASHES OF ARES song, "Throne Of Iniquity", as well as two cover tracks, CHICAGO's "25 Or 6 To 4" and KANSAS's "Dust In The Wind". For the recordings, the duo was reinforced by Kyle Taylor on drums and BASTION'S WAKE's Ray Hunter, who plays the acoustic guitar on "Dust In The Wind". This EP will be also availabe as digital stream/download and is the forerunner of the band's third full-length album that will follow in 2021.

Barlow said in a statement: "Freddie and I would like to thank all of the folks that made the 'Throne Of Iniquity' EP come to life. It is our honor to have been able to work on two classic rock cover songs, from bands that helped shape music history. We are also very excited to give you a brand new ASHES OF ARES tune that will help introduce you to our next full-length release under the amazing ROAR! banner! Many thanks to all of the friends and fans who have supported our vision and our voice in the metal world!"

"Throne Of Iniquity" was recorded, mixed and mastered by Byron Filson at Villain Recording in Phoenix, Arizona. The artwork was created by Kamil Pietruczynik. The ASHES OF ARES logo and "AA" symbol were designed by Van Williams.

ASHES OF ARES's second album, "Well Of Souls", came out in November 2018 via ROAR! Rock Of Angels. It was the follow-up to ASHES OF ARES's self-titled debut album, which was released in September 2013 via Nuclear Blast.

Two years ago, Barlow told "The Classic Metal Show" about ASHES OF ARES: "Sometimes it's hard to escape the comparisons [to ICED EARTH], because my voice is still my voice no matter what, and I'm still gonna deliver things emotionally like I have before, so people are always gonna draw comparisons with ICED EARTH, and that's fine; I'm completely cool with that. I'm proud of my time in ICED EARTH, proud of everything that I've done with them, proud of them right now, going on and kicking ass. So I don't have any problem with that whatsoever — the comparisons. But that being said, I want ASHES to have its own identity as well. I think, again, as my writing partner, Freddie deserves that — he deserves to have his own identity in ASHES — and I think that's really important; that's what we're striving to do. And also, hey, man, there's already an ICED EARTH out there; they're touring and they're kicking ass, as I stated before. Why would I wanna do ICED EARTH stuff?" 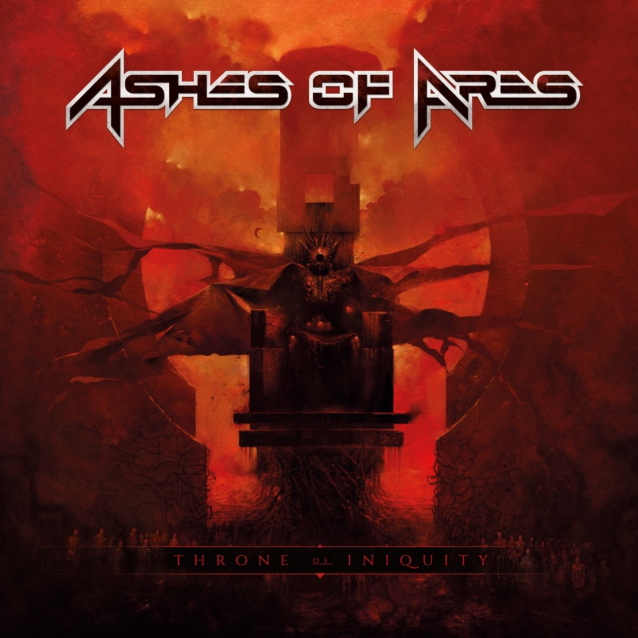