Due to unforeseen circumstances, ASESINO has canceled its appearance at this year's Knotfest México.

ASESINO guitarist Dino Cazares has a fractured fibula in his right leg from an accident and is unable to travel with the band.

Dino, who also plays guitar in FEAR FACTORY, says: "I apologize and promise that we will make it up to you. Viva México Cabrones!"

ASESINO's December 16 concert at the Whisky A Go Go in West Hollywood, California will go ahead as scheduled.

This year's Knotfest México will take place on Saturday, October 28 at Foro Pegaso in Toluca, Mexico. 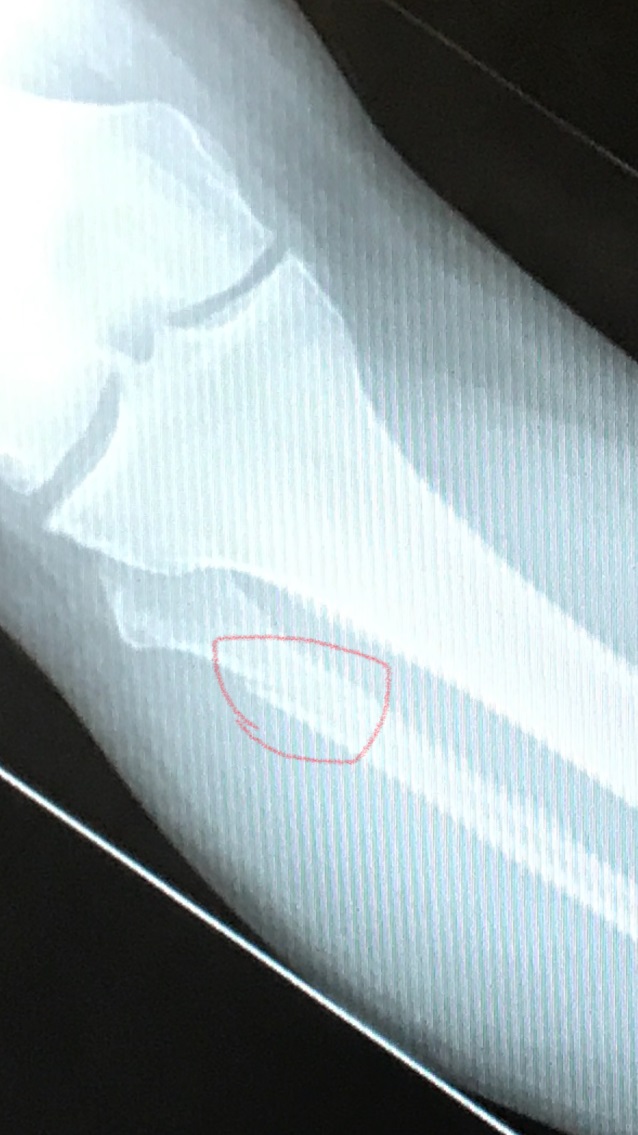 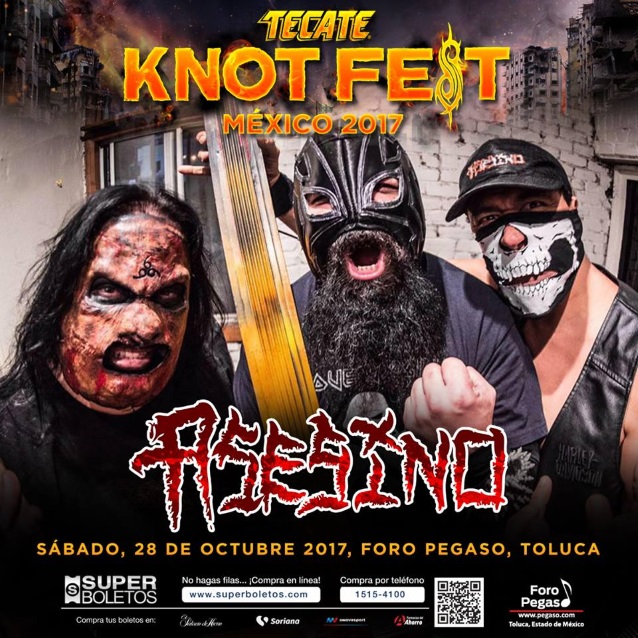 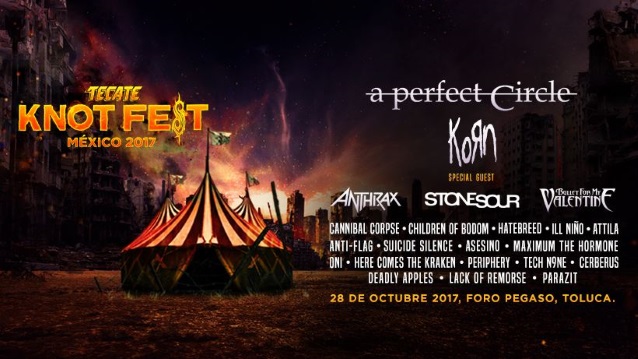