Swedish death metallers AS YOU DROWN have posted two songs from their forthcoming debut album on the band's MySpace page. The as-yet-untitled CD will be released in July via Metal Blade Records.

Formed in the winter of 2003/2004 under the name of ETHEREAL when the average age of the band was only 17 years, AS YOU DROWN "was born to combine the speed and brutality of the modern death metal scene with the atmosphere and catchy songwriting of its old-school predecessor," according to a press release. "Adding a number of outside influences, the result is an always raging — yet always changing, storm of anger, brutality and finesse. Their debut album will surely appeal to fans of such artists as DECAPITATED, CANNIBAL CORPSE, BEHEMOTH or JOB FOR A COWBOY, but should also be able to catch the attention of almost any fan of brutal, creative and honest metal — ranging from those who enjoy the surgical precision of MESHUGGAH to those who get their fill from blasting death legends like MORBID ANGEL."

The band comments on the new label home: "It's an honor for us to join a roster that includes many of our favourite bands, and we intend to make the most of this. When the album is released we will be looking to take this chaos machinery of ours out on the road, so look out for AS YOU DROWN in the near future!"

AS YOU DROWN is: 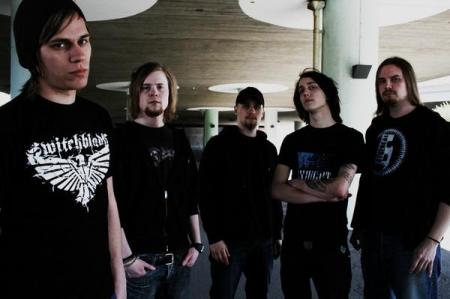