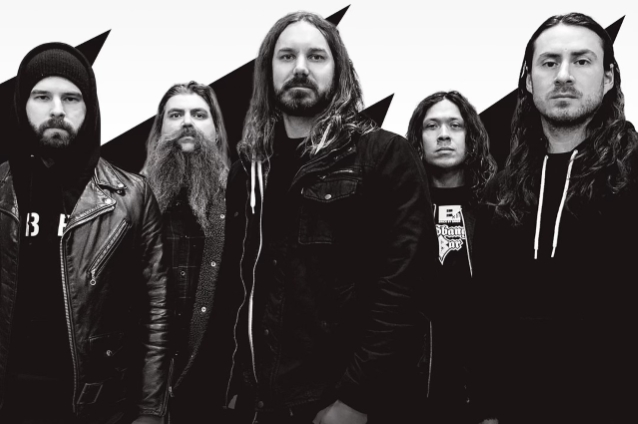 AS I LAY DYING will embark on the "Shaped By Fire" U.S. headlining tour in the fall. Support on the trek will come from AFTER THE BURIAL and EMMURE.

In May 2014, AS I LAY DYING singer Tim Lambesis was sentenced to six years in jail after pleading guilty to paying a San Diego police officer posing as a hitman $1,000 to kill his wife. Approximately two and a half years later — in December 2016 — he was discharged from a California detention facility and was transferred to the Division of Adult Parole Operations.

In June 2018, AS I LAY DYING played its first show with Lambesis in five years and released a new single, "My Own Grave". Lambesis also owned up to his crimes in a long apology on the band's Facebook page after his release.

November saw AS I LAY DYING complete its first U.S. tour in five years and the band followed it up with a European run of shows. Another single, "Redefined", arrived in April.

We're excited to announce we're bringing the Shaped By Fire tour to North America this fall, featuring After The Burial and Emmure! General public tickets go on sale friday July 19 at 10am local time!

Ticketmaster and venue presales kick off Wednesday at 10am local time through thursday at 10pm local - password AILD19.