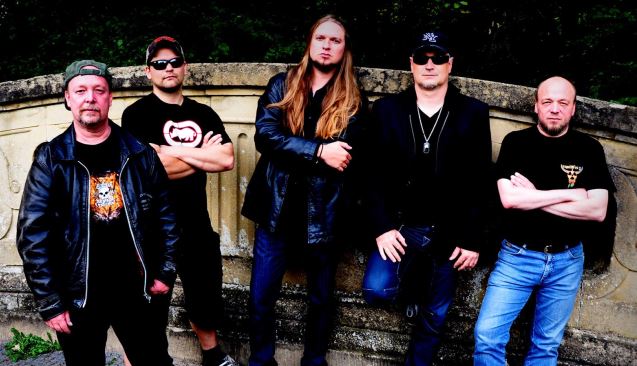 The official lyric video for the song "Wardrum Heartbeat" from Danish thrash metal veterans ARTILLERY can be seen below. The track comes off the band's new album, "Legions", which will be released on November 26 via Metal Blade Records.

ARTILLERY comments: "With the release of 'Legions' we feel that we have played our strongest card since the early days of 'By Inheritance'. With a killer production, some great new songs done by a strong and dedicated lineup, we are looking forward to support 'Legions' all the way! We can't wait to tour and meet the legions of thrashers out there! This album is for you!"

Since the release of its last album, "My Blood", in 2011 ARTILLERY has played European and South American tours and appeared at several festivals and the Barge To Hell cruise. In 2012 ARTILLERY saw the departure of Carsten N. Nielsen and Søren Adamsen. Two new members were recruited, making Josua Madsen the new drummer and Michael Bastholm Dahl the new singer.

In a recent interview with StageReport.ro, ARTILLERY guitarist Michael Stützer stated about the upcoming CD: "I personally think it's the best production we ever had on a ARTILLERY album. It's very raw and heavy."

He continued: "Our new drummer, Josua [Madsen] and new vocalist, Michael [Bastholm Dahl], really deliver the goods on this album, Josua is an amazing drummer and real nice guy and Michael is the singer in ARTILLERY who is the closest ever to [original ARTLLERY vocalist] Flemming Ronsdorf beside putting a lot of new elements in the band because of his vocal range. He is also writing some great lyrics. So this band is a very complete unit."

Regarding what qualities they were looking for in a singer following last year's departure of Søren Adamsen, Michael said: "You will never hear ARTILLERY with a growler or a pop singer, but sung vocals with melody and rawness at the same time. Actually, we headhunted Michael from a cover band who played MERCYFUL FATE / KING DIAMOND covers, so we knew he could sing the old ARTILLERY songs very good."

Comments "Legions" producer Søren Andersen: "If you're a hardcore ARTILLERY fan, you won´t be disappointed when you hear the forth coming album. Classic ARTILLERY, but with new elements. A new drummer, a new singer, 10 new songs, great lyrics, killer riffs etc…

"We did the album in 3 weeks, without looking back.

"There is so much new energy this time, and the band plays better than ever. One reason: They are touring more than ever.

"This is a real metal band that plays real music for the right reason. They don't give a damn about the fame, the look or the party… It's all about the music. That's how I see them, and that's the vibe when we are working together.

"The new drummer, Jos, is a monster drummer with feel, swing, attitude and skills. I find that very giving for the band, and he's a great guy, too. Likewise, Michael fits the band perfectly. His voice is very big and very classic. He has his own perfect spot between Søren and Flemming, and again: great lyrics!

"Hope you'll enjoy the album as much as I did in the process of the creation!" 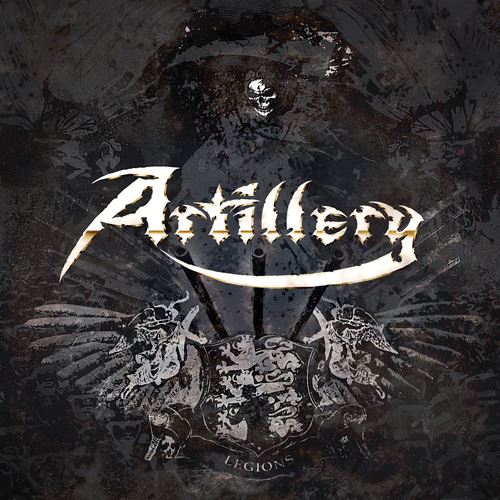