Capital Chaos TV conducted an interview with the Santa Cruz, California’s progressive experimental band ARSONISTS GET ALL THE GIRLS on February 28 at Oakland Metro in Oakland, California. You can now watch the chat below.

ARSONISTS GET ALL THE GIRLS' current North American tour features support from THE LAST TEN SECONDS TO LIFE, BEYOND THE SHORE and SEEKER. Three openers are appearing on select dates: ABOLISHMENT OF FLESH, YOUR CHANCE TO DIE and LORD OF WAR.

ARSONISTS GET ALL THE GIRLS recently raised $10,000 for a new touring vehicle via an Indiegogo campaign. 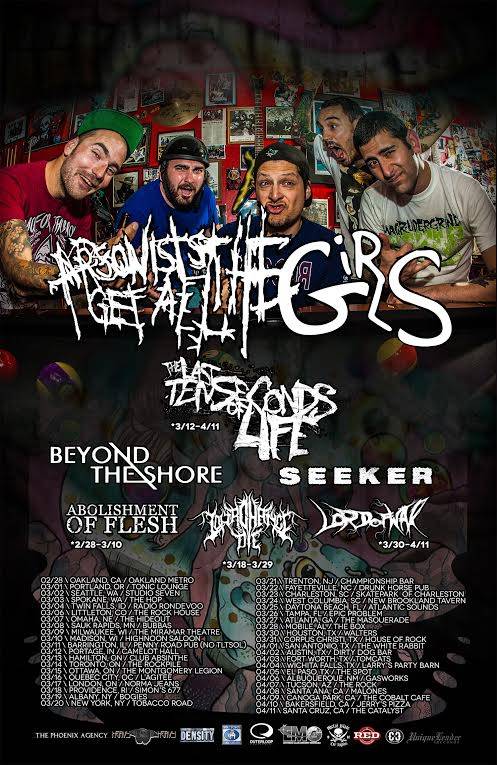