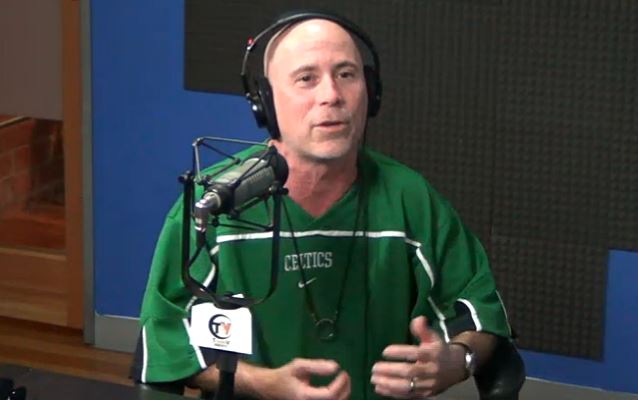 Veteran Los Angeles metallers ARMORED SAINT have inked a new deal with Metal Blade Records for the release of the band's next studio album, due in 2015.

"We have been with Metal Blade for the last three records now," ARMORED SAINT singer John Bush said during an appearance on the inaugural episode of the "Inside Metal" show with host Bob Nalbandian (see video below).

Bush, who fronted ANTHRAX between 1992 and 2005, and temporarily rejoined the group for a number of shows in late 2009 and early 2010 but stepped aside in May 2010 in order to make room for the return of Joey Belladonna, added: "[Metal Blade head honcho] Brian [Slagel] is awesome. Without Brian, there would, basically, not be ARMORED SAINT, quite frankly; there would not be a band. I mean, for him I think it's a labor of love. He's not looking to go out and buy a new house in Miami Beach with the revenue that he's gonna get from ARMORED SAINT. He does it 'cause he cares, and he wants it, and he believes in us, and he knows that he likes the music that we're making, and we're extremely honored and happy that he does that."

Regarding the progress of the songwriting sessions for ARMORED SAINT's next CD, Bush said: "We've been writing songs for about a year, a year and a couple months, maybe, and we're about ready to do drums.

"Everything's done a little differently these days, as far as recording-wise. But a lot of vocals have been already sung. And it's gonna be awesome."

He continued: "[Bassist] Joey [Vera] is gonna produce. He's just really coming into his own as far as a jack of all trades, and a master. He's awesome. He's a great writer. He's very, very meticulous in the way he does everything, and he gets the job done. He's written some great stuff. And we have an awesome camaraderie as far as writing together.

Bush added: "I'm proud of what we're doing, I think it's gonna be a cool record.

"We don't have a title yet, but it will come out next year, and then we'll do some shows."

ARMORED SAINT's new album will feature the following songs, among others:

About the track "Up Yours", Bush said: "It's gonna be a great song. [It's got a] very big anthem-type vibe to it. It's not gonna sound anything like 'Can U Deliver' [from ARMORED SAINT's debut album, 1984's 'March Of The Saint'], but if there was a vibe that just kind of felt like that, it's this song. And it's cool. It's got a cool title and a fun chorus that you can sing along to."

ARMORED SAINT's latest album, 2010's "La Raza", sold around 2,000 copies in the United States in its first week of release. The CD landed at position No. 18 on the Top New Artist Albums (Heatseekers) chart, which lists the best-selling albums by new and developing artists, defined as those who have never appeared in the Top 100 of The Billboard 200. "La Raza" also entered the German Media Control chart at No. 96 and the Canadian Independent chart at No. 85.

The classic first EP from ARMORED SAINT was reissued on August 13, 2012 in Europe via Metal Blade Records with bonus tracks and etching on vinyl.