Official "bootleg" footage of ARMORED SAINT's July 11 performance at Count's Vamp'd in Las Vegas, Nevada can be seen below.

ARMORED SAINT is currently on the road in North America with metal legends SAXON. The tour continues tonight in Washington D.C.

Bassist Joey Vera offered up a comment about the tour: "We're stoked to be out here again with our friends SAXON. This is such a great package tour for the fans and us alike. So far we've done ProgPower Atlanta; Stafford Springs, CT; and Portland, ME and every gig has been met with rabid fans. Love it! Looking forward to D.C. today and then we move into the Midwest. See you out there!"

ARMORED SAINT singer John Bush previously stated about "Win Hands Down": "When we began talking about a new record, I told Joey Vera to pretend we were a really huge band and that we could do anything we wanted. At least that was the mindset we should have, from the writing to the production. What came out was 'Win Hands Down', which is our first record in five years." 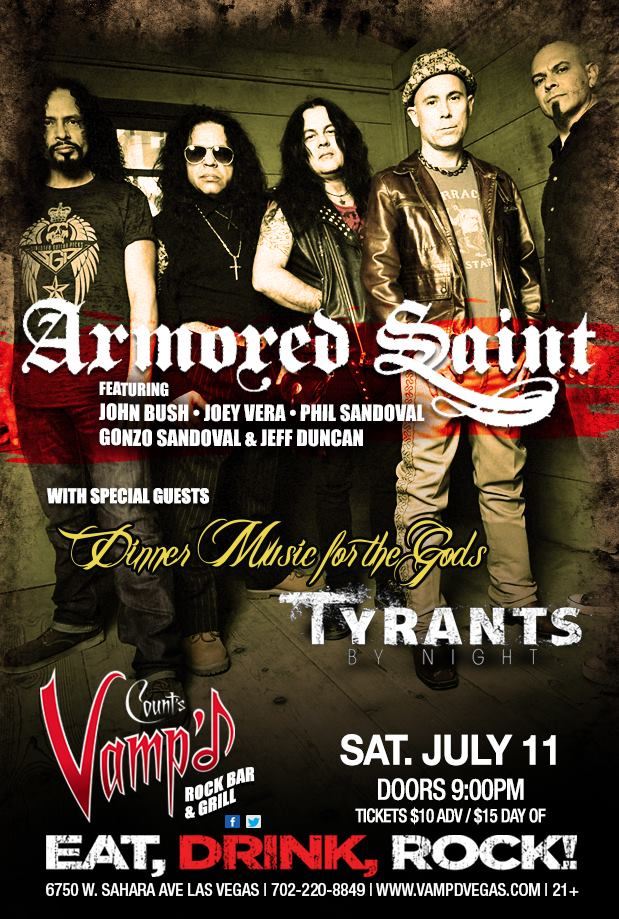