To celebrate the first-ever tour of Australia by U.S. traditional metal legends ARMORED SAINT, Riot! Entertainment, in conjunction with Metal Blade Records, has produced an exclusive tour best-of compilation to combat the lack of ARMORED SAINT product on the market. This killer compilation covers the band's entire career and features such classic tracks as "March of the Saint", "Last Train Home", "Symbol of Salvation", "Hanging Judge". etc. This is ONLY available from Riot! and is not being released anywhere else in the world.

ARMORED SAINT recently began writing material for a new album, to be released later this year.

ARMORED SAINT has written close to 12 songs and is preparing to enter the studio with bassist Joey Vera handling the engineering and producing duties. Working songtitles include "Loose Cannon", "Chilled", "La Raza" and "Black Feet".

SAINT headlined one show in Los Angeles this past Friday (March 6) at the Key Club. Aside from the co-headline tour in Australia in March with DEATH ANGEL and a headlining appearance at the Keep it True festival in Germany in April, the band has no further shows booked at this time. 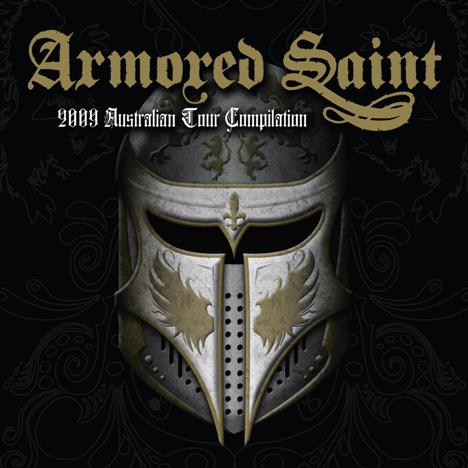