"Hollow Crown", the new album from the British modern metal band ARCHITECTS, is available for streaming in its entirety at the group's MySpace page.

The CD will be released on the following dates:

"Early Grave", the new video from ARCHITECTS, can be viewed below. The clip was created by up-and-coming director Adam Powell, who previously worked with ARCHITECTS on the videos for "Always" and "Buried At Sea".

Commented guitarist Tom Searle: "We chose to do the video for 'Early Grave' because it's just about the hardest-hitting song we've ever written. It's one of our collective favourite songs on 'Hollow Crown' so it seemed an obvious choice. We shot the video in an aircraft hanger in Surrey where they shoot 'Top Gear' — it was awesome. We've done enough videos now to know the drill so we got a few beers in and had a few friends come down and hang out — it was pretty relaxed. The video tells the story of a man who wears different masks — it relates to a lot of the lyrical content of the record, rather than specifically this song." 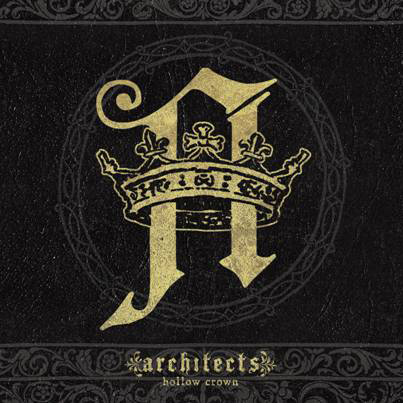