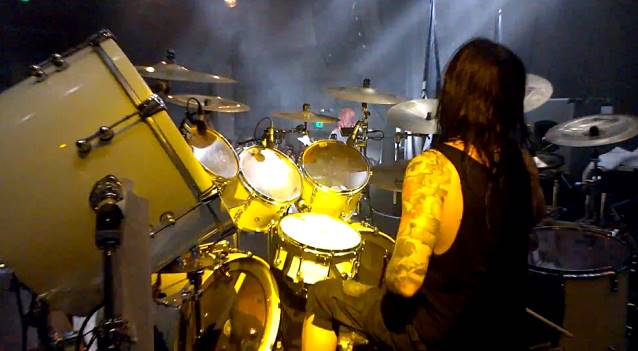 Drum-cam footage of ARCH ENEMY's Daniel Erlandsson performing the band's song "As The Pages Burn" earlier this month can be seen below.

"As The Pages Burn" is taken from ARCH ENEMY's new album, "War Eternal", which sold around 8,000 copies in the United States in its first week of release to enter The Billboard 200 chart at position No. 44.