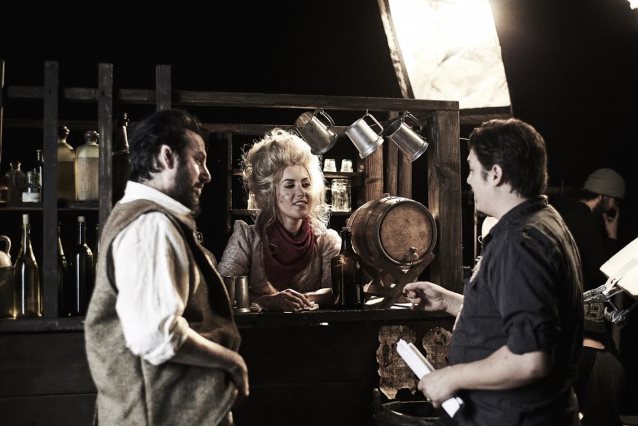 One of the most recognizable female faces in metal, Alissa smolders in this first glimpse of her as Pretty Lavinia Fisher, America's first female serial killer.

As Pretty Lavinia, Alissa steps into the shoes of the historical outlaw who ran an infamous inn outside of Charleston. There she purportedly lured, poisoned and robbed wealthy patrons.

Fans can check out an animated daguerreotype portrait of her character below. The video was directed by Jake Akuna.

AMERICAN MURDER SONG's first EP of music, "I. Dawn", was produced by Scotty Morris of Big Bad Voodoo Daddy. A trailer featuring a medley of tunes from the first EP is available below.

Be sure to Follow The Mark to see weekly music and video updates from AMERICAN MURDER SONG at www.AmericanMurderSong.com.