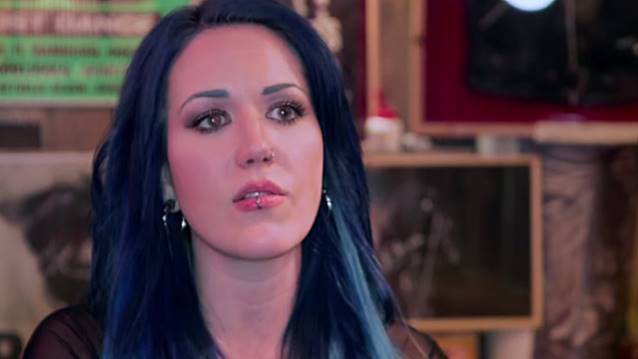 A new Peta2.de video interview with ARCH ENEMY/ex-THE AGONIST vocalist Alissa White-Gluz in which she discusses her "greatest passion," animal rights, can be seen below.

Says Alissa: "Is it hard to be vegan? Absolutely not. It would be hard to NOT be vegan.

"Although we just scratch the surface [in this interview], the reason I'm so passionate about living vegan is because it benefits the environment (fauna and flora), humans in other parts of the world, animals and my own health.

"I've been vegan for 15 years now and I have yet to find a lifestyle that gives as much back to the planet. The way I see it, I am lucky to be alive and well and I only wish the same for others.

"I'm happy to help anyone interested in this lifestyle and I've rebutted against literally every concern/argument there is over the years, on this page and others.

"If you have a hard time understanding what it's about, please do some research on your own when you have the time. The facts are there, it's just a matter of accepting reality and choosing to be a part of the solution instead of the problem."