Currently on the road in Europe in support of 2014's "War Eternal", extreme metal titans ARCH ENEMY will return to North America this July/August to headline the 2015 installment of "Summer Slaughter"! Featuring BORN OF OSIRIS, VEIL OF MAYA, THE ACACIA STRAIN, OBSCURA, AFTER THE BURIAL, CATTLE DECAPITATION and BEYOND CREATION as support, this tour will mark the band's second North American run on this album cycle — but the first stateside trek to feature new guitarist Jeff Loomis.

ARCH ENEMY founder and guitarist Michael Amott comments: "Very pleased to be returning to North America on our current 'War Eternal' campaign...It's an absolute honor to headline the 2015 edition of the legendary 'Summer Slaughter' tour! See you all very soon!"

ARCH ENEMY in November 2014 parted ways with guitarist Nick Cordle and replaced him with Loomis. Loomis made his live debut with ARCH ENEMY on the band's most recent European tour. 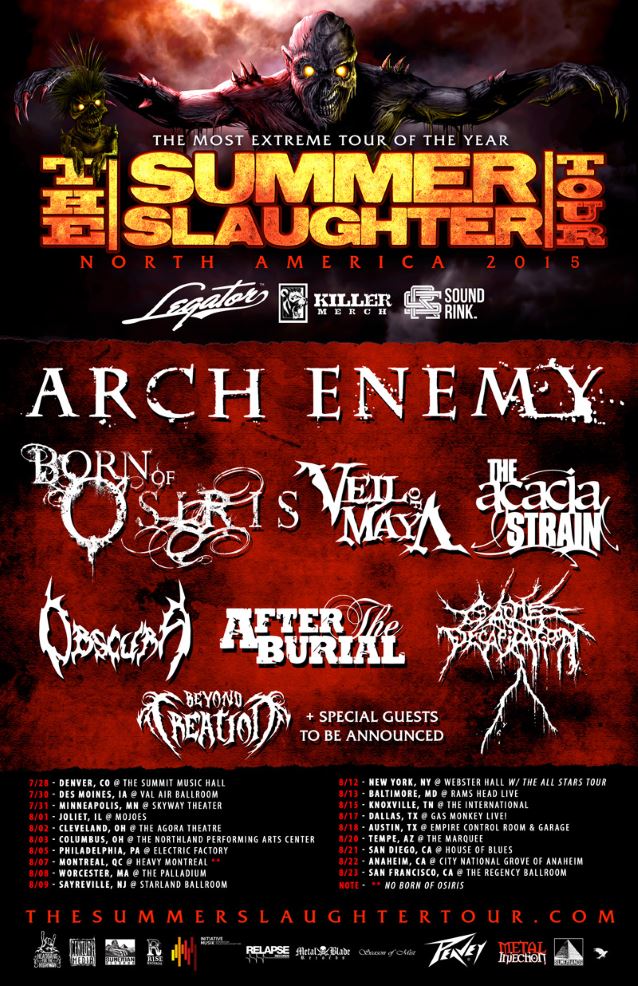