ARCH ENEMY has released a new single, "The World Is Yours", taken from the band's forthcoming album, "Will To Power", due out on September 8 via Century Media Records.

ARCH ENEMY guitarist Michael Amott comments: "We've been hard at work on the new album for a while now and we're proud to present the first taste of new ARCH ENEMY music in over three years with our new single and video, 'The World Is Yours'! This was the first song I wrote for the upcoming 'Will To Power' album and Daniel [Erlandsson, drums] helped me arrange and finish it up. One of many songs we co-wrote and co-produced this time around. We had a blast recording together with the full band in the south of Sweden and then mixing with Jens Bogren, who did a superb mix and mastering — in my opinion even surpassing the epic sound on our previous record, 'War Eternal'. People that have heard this song in particular are saying it's got the classic anthemic ARCH ENEMY vibe going on, and I think they might be right about that... Looking forward to playing it live on stage later this summer!"

"The World Is Yours" video was directed by Patric Ullaeus and can be seen below.

The song will be offered as an instant download with all digital pre-orders and is also available on all streaming platforms.

Co-produced by Amott and drummer Daniel Erlandsson, "Will To Power" was mixed and mastered by longtime collaborator and friend Jens Bogren (OPETH, AT THE GATES, DIMMU BORGIR). The disc's captivating cover artwork, which can be seen below, was designed by Alex Reisfar.

Amott commented: "It was a pleasure working with Alex Reisfar on the 'Will To Power' cover artwork. He immediately grasped the concept and atmosphere we were looking for with this album.

"We talked about the double-edged sword that is human ambition, how it can be outstandingly creative and beautiful but can also be turned into something dark and powerful. Alex proceeded to masterfully paint a strong image that evokes a lot of feelings.

"The human skull as a central focal point, the flesh sort of falling off into the circular pattern. The snake ouroboros weaving in and out of the mouths and throats of the severed heads of a wolf, a goat and a vampire bat... All representing self determination and a predatory, almost parasitic will to power."

ARCH ENEMY bassist Sharlee D'Angelo recently told Metal Wani about the band's follow-up to 2014's "War Eternal": "On 'War Eternal', there was a certain desperation about that album. But I still can feel it when I listen to it, maybe because I was involved in it. Having lost a longtime, very important member of the band and introducing someone else, a new face into the band, and you wonder, that's even more, like, 'Okay, we have a new album. I wonder what people will like about it, or if they will like it at all.' There's a few nerves there. In the process of recording that album, writing and recording, there was so much going into… There's something desperate and very dense about that album. Now, we know we did it. We're still here; people have accepted the change and embraced Alissa and everything as well. Things are better than they were before, so now you have a completely different vantage point and starting point, for that matter."

He continued: "This album is a bit more open in that sense. It sounds more open and some of the songs I would say, dare I use the word 'epic'. [Laughs] It's different, yes, we can do a lot more now than we could… We just don't have to cram as much metal as possible in the most sort of 'energetic' way. We can do it in other ways as well. Don't be scared, I'm not saying everything will be slow; that's not what is happening. It's extremely ARCH ENEMY, but within what it is ARCH ENEMY, we have gone out to explore new worlds. It will be some of the same and also some new stuff."

Amott told Rock Hard magazine in January that Loomis — who was the main songwriter in his former band NEVERMORE — has not contributed to the songwriting on the group's new disc.

Back in December, Loomis told Metal Wani that he would "probably just be doing solos" on ARCH ENEMY's upcoming album. He explained: "If you look at it, ARCH ENEMY is Michael Amott — it's his band, it's his baby, and he is the main songwriter in the band. I did submit a few songs, and I don't know if they'll make it or not. But I definitely will be playing solos on it."

He continued: "I love being in the band. I am fan of the band. I love the music, and I love playing in front of thousands of people with that band. But we'll see what happens. It's kind of the same thing if you can think the same way with NEVERMORE; me and Warrel [Dane, vocals] were the main writers in that band, and we had a revolving door of guitar players. But pretty much, it was me and Warrel that did a lot of it. Steve Smyth wrote a little bit, Tim Calvert wrote for 'Dreaming Neon Black', but most of it, eighty percent, was me and Warrel. So each band has their own chemistry and their way of doing things."

Having performed over 200 shows in more than 40 countries in support of their previous effort, ARCH ENEMY will continue fervently bringing their show to ever-growing audiences worldwide across the European festival market this summer. They are also excited to announce the first leg of their international "Will To Power Tour 2017" which will take place from September 15 through October 11 across Eastern Europe and will feature special guests JINJER. 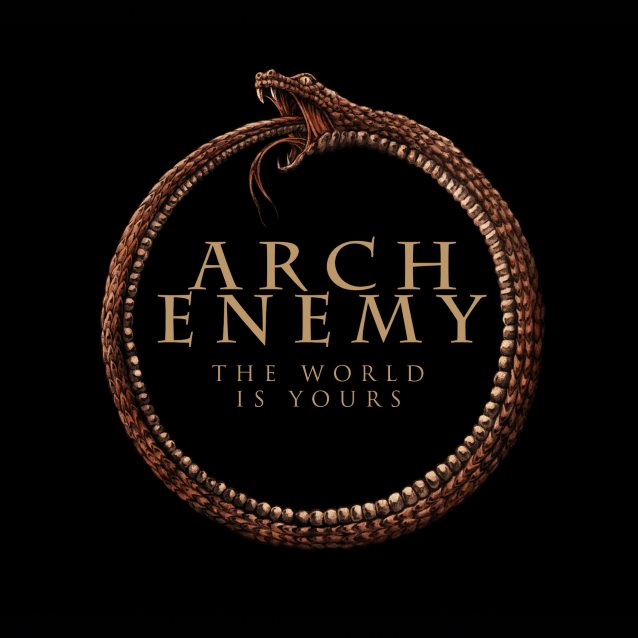