Extreme metal titans ARCH ENEMY will return to North America this July/August to headline the 2015 installment of "Summer Slaughter". This tour will mark the band's second North American run on this album cycle — but the first stateside trek to feature new guitarist Jeff Loomis.

Fans who attend the tour will have the chance to purchase several "Summer Slaughter" exclusive items, including a special edition of ARCH ENEMY's "War Eternal" LP (black-and-blue splatter on white vinyl; limited to 500!). Every CD or LP purchase also comes with a free wristband (while supplies last). For a preview of the band's merch, a new illustration video by artist Felix Laflamme can be viewed below (featuring the track "Avalanche"). 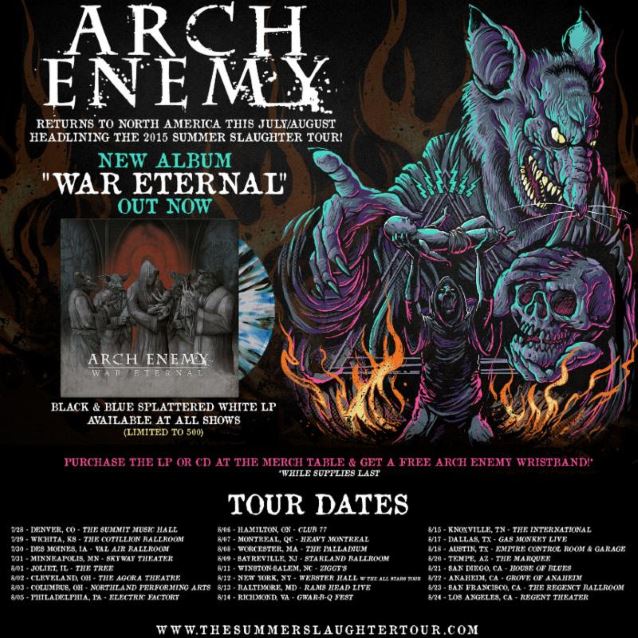