Says ARCH ENEMY guitarist Michael Amott: "As an avid hot sauce enthusiast, I'm very excited to be able to bring out the ARCH ENEMY 'Burning Angel' habanero hot sauce! We will start with selling it exclusively on the road during the 'Summer Slaughter' U.S. tour. I guess a hot tour just got a little hotter!"

Get your exclusive "Burning Angel" hot sauce at the shows of The Summer Slaughter Tour, coming in July/August to North America. 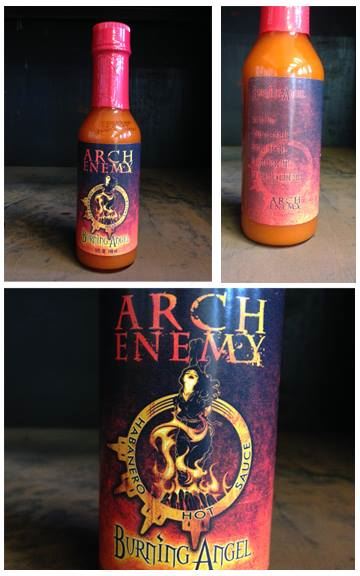