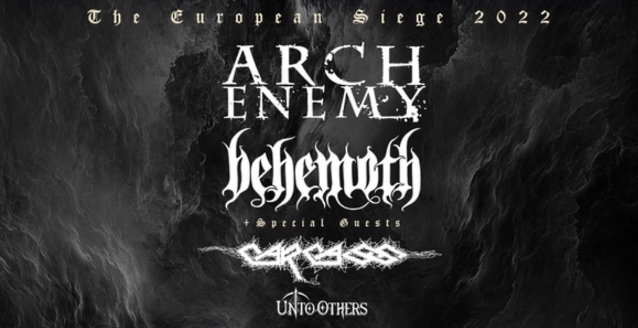 ARCH ENEMY's co-headlining "The European Siege" tour with BEHEMOTH has been postponed to fall 2022 due to the coronavirus pandemic. The trek retains its special guest slot from BEHEMOTH and ARCH ENEMY's longtime friends and metal legends CARCASS, and opening the evening's momentous proceedings will be Portland, Oregon's hotly tipped gothic metal newcomers UNTO OTHERS (formerly known as IDLE HANDS).

ARCH ENEMY guitarist Michael Amott comments: "Nobody's more disappointed than us about this, that's for damn sure. But it is what it is, and we're already looking forward to getting back to it in 2022! Stay healthy, stay metal!"

BEHEMOTH frontman Adam "Nergal" Darski adds: "As Michael says, it is what it is — we go again for 2022! BEHEMOTH are coming with new music and new stage shenanigans…a spectacle worth waiting for. We'll see you there!"

The rescheduled dates are listed below. All tickets will remain valid for the new dates.

BEHEMOTH's latest EP, "A Forest", was released in May 2020 via Metal Blade. The EP's title track is a cover of THE CURE classic, and it features a guest appearance by SHINING frontman Niklas Kvarforth. The "A Forest" EP also includes a live version of the title track as well as the two songs from the "I Loved You At Your Darkest" sessions.

In January 2019, ARCH ENEMY released a compilation, "Covered In Blood", of all cover songs the band has recorded throughout its career.

In the fall of 2018, Amott revealed that he had commenced the songwriting process for the follow-up to the "Will To Power" album. Released in 2017, that disc marked the second ARCH ENEMY album since the departure of longtime singer Angela Gossow and addition of Alissa White-Gluz. It was also the first ARCH ENEMY disc to feature former NEVERMORE guitarist Jeff Loomis, who joined the band in late 2014.

In 2019, the band released its first single in over five years, "Under The Scalpel Blade", followed by a four-song EP titled "Despicable" (October 2020), setting a potent precedent for "Torn Arteries". 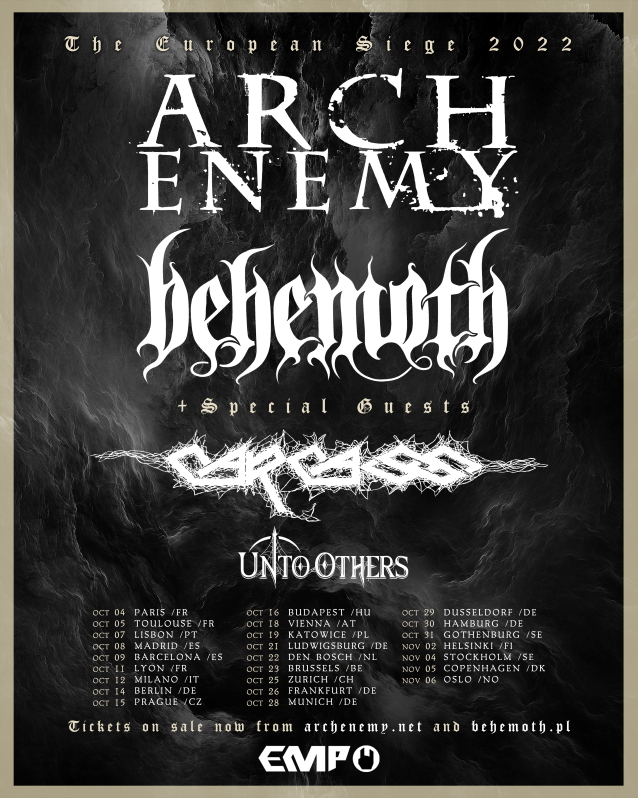