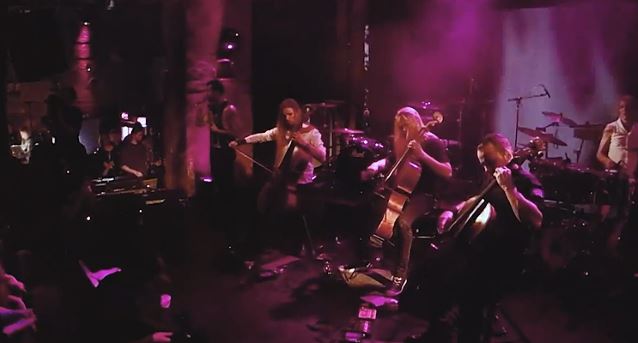 Professionally filmed video footage of APOCALYPTICA's entire April 1 concert at SchwuZ in Berlin, Germany can be seen below. The video is a production of ARTE and ZDF.