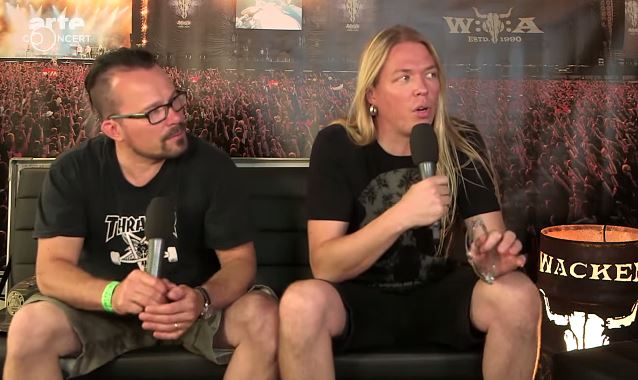 ARTE Concert conducted an interview with Finnish cello rockers APOCALYPTICA at this year's Wacken Open Air festival, which was held July 31 - August 2 in Wacken, Germany. You can now watch the chat below.

APOCALYPTICA is putting the finishing touches on its eighth full-length studio album, to be released in early 2015.