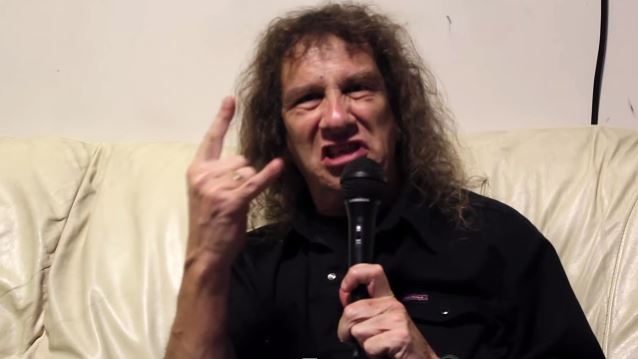 In a brand new interview with The Sydney Morning Herald, guitarist Steve "Lips" Kudlow of Canadian metal legends ANVIL recalled meeting former THE BEATLES star Paul McCartney while Lips and his bandmates were promoting their 2008 documentary "Anvil! The Story of Anvil".

"We were at the People's Choice Awards with the film and I could see Paul McCartney sitting at a table 20 feet away," Lips remembered. "We lost our category to [dolphin documentary] 'The Cove' and when we got up to go to talk to him, Quentin Tarantino grabs my jacket and starts yelling, 'Those bastards, they gave the prize to some dolphins!'"

He continued: "I go, 'Listen, Quentin, it's great to meet you, but I want to speak to Paul McCartney.' So we rush up to Paul McCartney, and he's surrounded by his people, but he takes a look at Robb [Reiner, ANVIL drummer] and I and goes, 'Oh my God, it's the ANVIL boys. Are we rockin' tonight?' Paul McCartney knew who we were. I almost passed out."

Lips told the Chicago Tribune in 2011 that the best thing to happen to him since "Anvil!" came out was meeting McCartney.

"To have someone of that stature in the music industry know who I am!" he said. "He congratulated us and told us to keep going. The same thing when I met Jimmy Page. He said, 'Keep going. It gives us all hope.'"