Canadian metal veterans ANVIL will play what is being billed as "the first live stream metal show in Canada" on July 4 at L'Anti Bar in Quebec City. Drummer Robb Reiner told The Metal Voice: "Nobody will be there just Camera's , we are going to smash Covid In Canada...make sure to join us and 'Rock That Shit'".

ANVIL, a Toronto-based group, was formed in 1978 by childhood friends, guitarist/vocalist Steve "Lips" Kudlow and Reiner. Both came from Jewish families and had been playing music together since their teens. ANVIL is considered to have been an influence on many metal bands, including METALLICA, MEGADETH, SLAYER and ANTHRAX.

ANVIL's latest album, "Legal At Last", was released in February via AFM Records. The disc was recorded at Soundlodge studios in Rhauderfehn in the northwest of Germany. Speaking about the LP's musical direction, Reiner told The Metal Voice: "It's just a continuation of what we've been doing for the last four or five years, really. Some very powerful riffs. It's gonna be more smashing, crushing ANVIL."

Regarding the "Legal At Last" title, Reiner said: "'Legal At Last' is mainly about two things. We celebrate the legalization of the ANVIL bong because Canada changed its marijuana laws last year, which means we no longer sail close to the wind all the time. That's why the album title announces that ANVIL are legal at last. Our fans have always known that, but the public at large treated us like criminals for a long time." Kudlow added: "'Legal At Last' is our way of telling the public: 'It's okay, ANVIL are okay, you're allowed to like us at last!'" 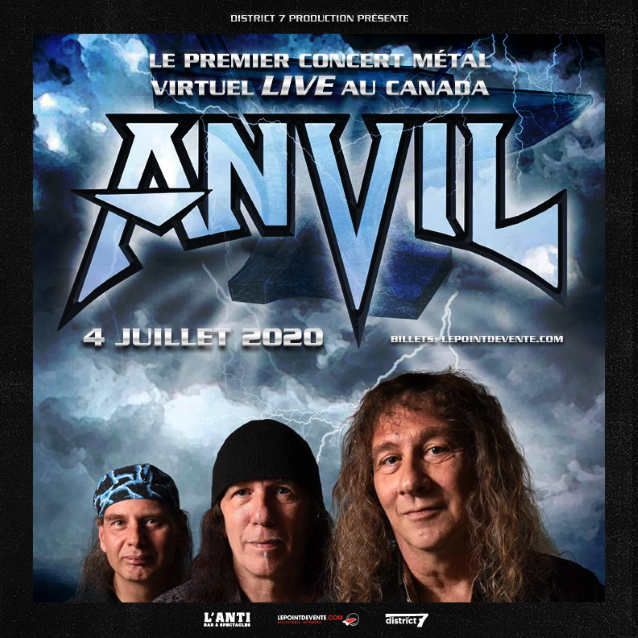