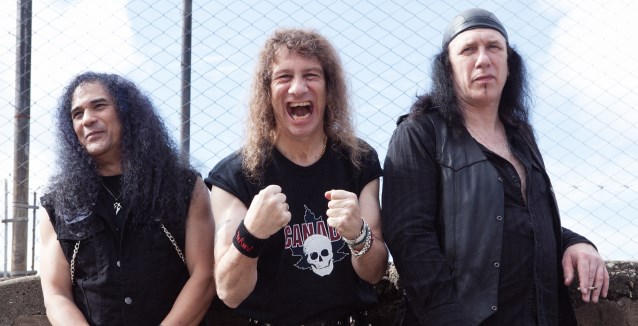 Ian Critchley of The Backroom conducted an interview with Canadian metal legends ANVIL on July 29 at the Manchester Academy 3 in Manchester, England. You can now watch the chat below.

Released on May 27 in Europe and May 24 in Germany on SPV/Steamhammer, "Hope In Hell" is available in four different formats: as a limited-edition digipak including two bonus tracks, as a jewel case CD, double gatefold colored vinyl LP and as a digital download. These are the first cuts featuring ANVIL's new bassist Sal Italiano, who joined the band a year ago.