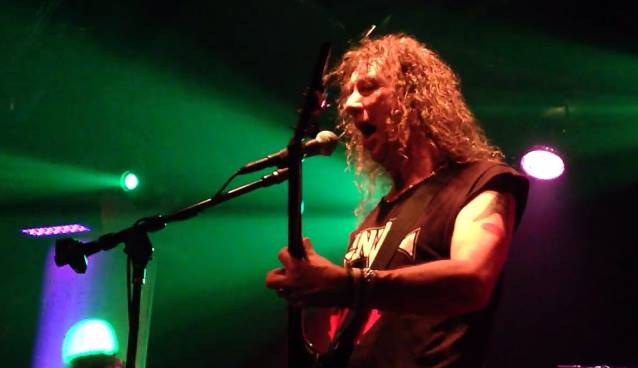 Fan-filmed video footage of ANVIL's May 20 performance at Santos Party House in New York City can be seen below.

Released on May 27, 2013 in Europe and May 24, 2013 in Germany on SPV/Steamhammer, "Hope In Hell" is available in four different formats: as a limited-edition digipak including two bonus tracks, as a jewel case CD, double gatefold colored vinyl LP and as a digital download. These are the first cuts featuring ANVIL's new bassist Sal Italiano, who joined the band more than two years ago.