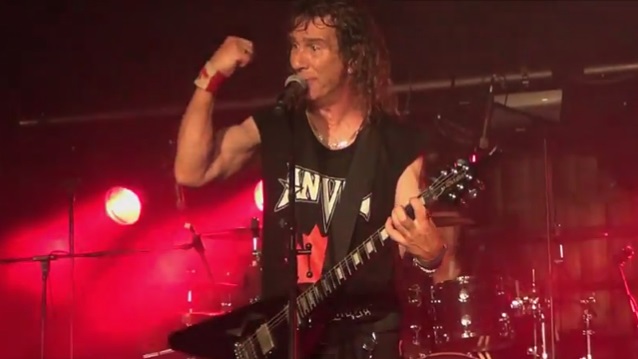 Fan-filmed video footage of ANVIL's July 25 performance at the Headbangers Open Air festival in Brande-Hörnerkirchen, Germany can be seen below.

Released on May 27, 2013 in Europe and May 24, 2013 in Germany on SPV/Steamhammer, "Hope In Hell" is available in four different formats: as a limited-edition digipak including two bonus tracks, as a jewel case CD, double gatefold colored vinyl LP and as a digital download. These are the first cuts featuring ANVIL's new bassist Sal Italiano, who joined the band more than two years ago.