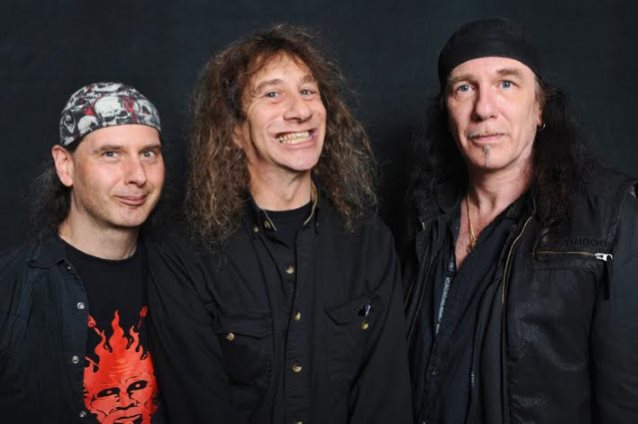 Canadian metal legends ANVIL will release their new album, "Anvil Is Anvil", on February 26, 2016 worldwide (excluding Japan) via SPV/Steamhammer. The album will be available on digipak CD (incuding one bonus track and a poster), 2LP gatefold clear version and as a digital download.

Comments ANVIL guitarist/vocalist Steve "Lips" Kudlow: "We're sometimes criticised for never changing. But why should we change something we're renowned for? Isn't it much more important to stay faithful to yourself? To do what you do best?

He continues: "Time will tell whether this album is the absolute pinnacle of our career. But I would already refer to it as 'gaining the momentum.'

ANVIL last year parted ways with bassist Sal Italiano and replaced him with Chris Robertson. Lips says: "The arrival of Chris was just as significant for us as the film back in 2008. He helped me enormously with my vocal lines, which is why my voice sounds better than ever on stage and also in the studio."

"I practically graduated from the Bob Marlette university," the ANVIL frontman praises the American producer with whom the band recorded the 2011 release "Juggernaut Of Justice" and 2013's "Hope In Hell". "Bob showed me how to write songs which really mean something. So when I started to compose this time around, I was perfectly groomed."

"There's a song on 'Anvil Is Anvil' that's called 'Forgive Don't Forget', which says everything about our attitude," Lips says. "Nobody is guilty of anything that happened before their time, especially since Germany has critically examined and come to terms with its own past.

Lips calls himself an idealist who takes a clear political stance with songs such as "Gun Control" and "Die For A Lie" and also denounces the ambiguous role of the church. He says: "Religion is frequently used to involve people in military conflict. Hate in the name of God — that's just wrong!"

Lips says: "We've never recorded a pirate metal shanty such as 'Daggers & Rum' before. I'm sure this number will go down well on the upcoming tour."

Regarding the cover, Robb Reiner adds: "This time around, it was suggested I paint the cover art for the release by brother Lips, after I had come up with the concept and showing him study sketches drawn out. The simple, straight-to-the-point composition was much fun to render on canvas in oil. I spent about six weeks to complete it."

ANVIL will embark on a massive European tour with DIRKSCHNEIDER (the band led by former ACCEPT and current U.D.O. frontman Udo Dirkschneider) in February-April 2016, followed by a U.S. tour from May 12 until June 18.

ANVIL as special guest of DIRKSCHNEIDER: 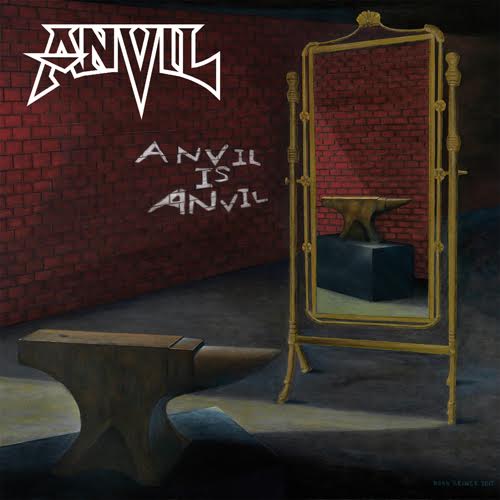