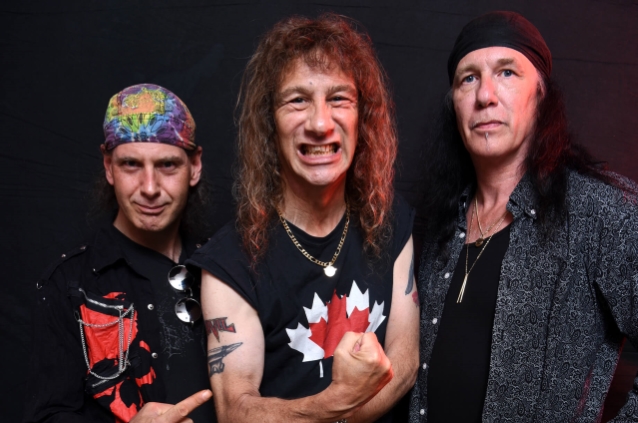 "Bitch In The Box", the new video from Canadian metal legends ANVIL, can be seen below. The song is taken from the band's latest album, "Pounding The Pavement", which was released in January 2018 via SPV/Steamhammer as a digipak version (including one bonus track and poster), two-LP gatefold colored version, digital download and stream. The disc was produced at the Soundlodge studios in Rhauderfehn in the northwest of Germany, where ANVIL found not only the necessary peace and seclusion to concentrate on their recordings, but also met in studio owner Jörg Uken the ideal producer for their ambitioned work.