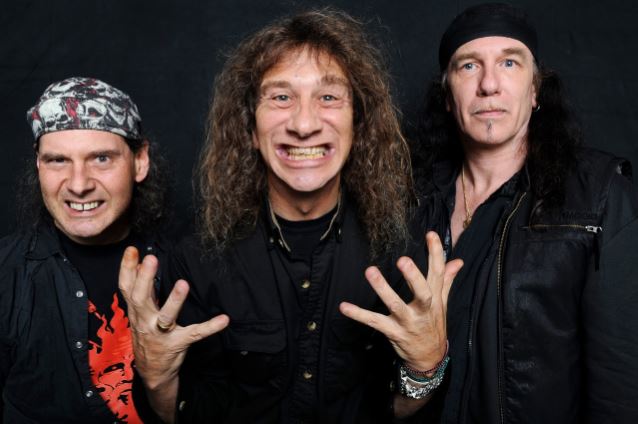 Canadian metal legends ANVIL are set to return to the road in the U.S. in early 2017. The tour will kick off March 2 in Boston, Massachusetts and will run through April 9 in Cleveland, Ohio. Support on the trek will come from NIGHT DEMON and GRAVESHADOW.

Adds ANVIL drummer Robb Reiner: "ANVIL is ANVIL and we play fuckin heavy metal. Looking forward to the return and smashing all the pounders!!!"

Reiner and Kudlow recently confirmed that they are "about halfway through" filming their next documentary project. They also revealed that they have written "six new songs" for ANVIL's follow-up to "Anvil Is Anvil" album, which came out on February 26 worldwide (excluding Japan) via SPV/Steamhammer. "We're gonna try to record it next summer," said Robb. "And we're just actually tossing around album titles right now."

ANVIL's first documentary, "Anvil! The Story of Anvil", was named one of 2009's best documentaries by a slew of film critics associations across the continent. The directorial debut of screenwriter Sacha Gervasi ("The Terminal"), it followed ANVIL on a thirty-year quest for rock-stardom and it featured interviews with longtime fans and many of the band's successful peers, all of whom seemed equally puzzled by ANVIL's lack of fame and fortune. 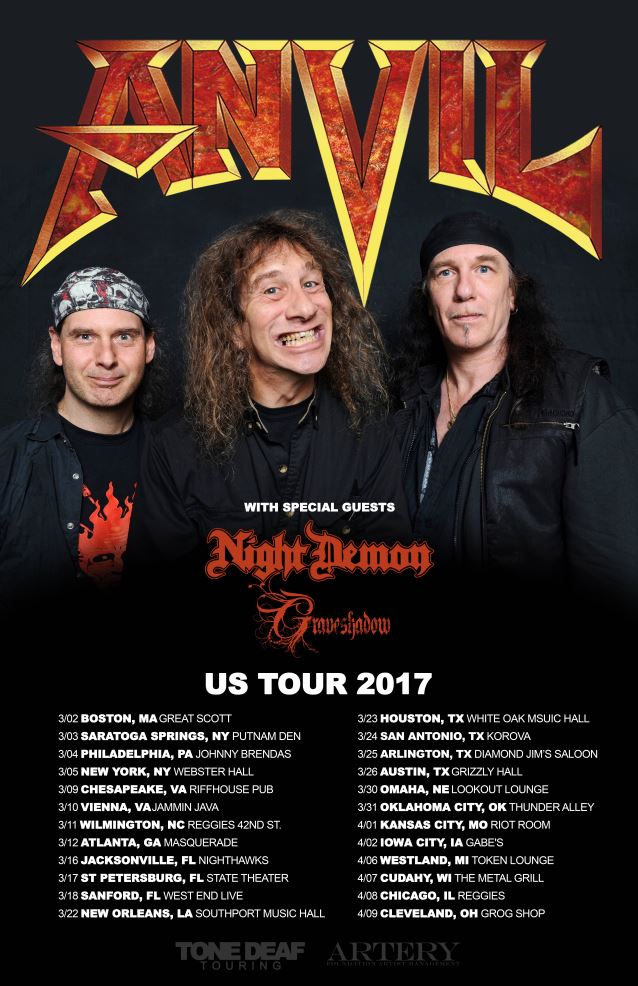