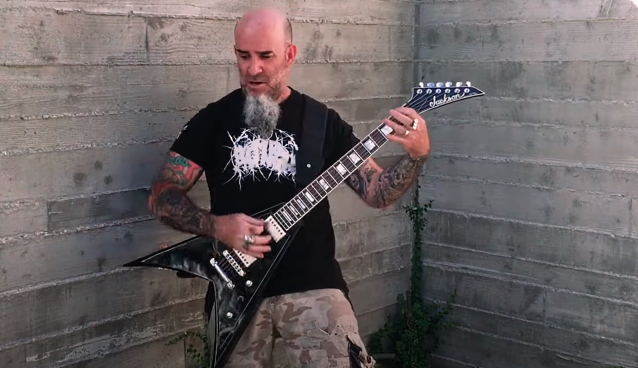 ANTHRAX guitarist Scott Ian recently joined the four members of SEPULTURA for a live playthrough of the Brazilian band's song "Cut-Throat", recorded and filmed while in quarantine. Check it out below.

Kisser previously stated about working with Bogren on "Quadra": "He is so full of passion, it's unbelievable, man. He's really there, he really cares about the projects he's doing. For SEPULTURA, he's like the fifth member of the band. The chemistry was so amazing, 99 percent of what we were trying do to actually worked. That was insane!"

Green added: "The experience was like no other time in the studio. I felt the preparation was key in making the recording process go as smooth as possible. We were relentless each day giving everything that we had until complete exhaustion of the mind, body, and soul. This album is a direct result of the sign of times. The music is an evolution needed to push ourselves to go further than we ever have."

"Quadra" is the follow-up to "Machine Messiah", which was SEPULTURA's fourteenth studio album and the eighth since Green joined the ranks.