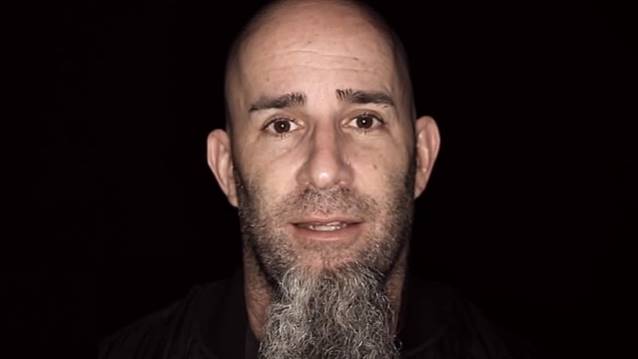 ANTHRAX guitarist Scott Ian was recently interviewed on "Elliot In The Morning", a morning radio talk show hosted by DJ Elliot Segal. You can listen to the chat in the YouTube clip below.

At this point, it's no surprise to anyone that heavy metal musician, author, and television personality Scott Ian has a lot to say. After decades-worth of international touring with ANTHRAX, bumping elbows with illustrious (and sometimes ridiculous) characters all over the media spectrum, and undergoing general "you won't believe this" experiences, Scott Ian certainly has some hilarious and surprisingly personal stories to share.

Following the resounding success of the U.K. leg of his "Speaking Words" tour, Scott picked up up the mic again for a 15-city North American leg, which kicked off in Chicago, Illinois on February 20.

Don't mistake this for your run-of-the-mill spoken word tour. In Scott Ian's own words, "it ain't no poetry reading" either. "Speaking Words" is an honest look at the insane life that Scott has led for the last 31 years, the people he's met, and the events that coincide. During each show, Scott will take part in a special question-and-answer session with the audience.

Fan can have a drink with Scott after his 2014 North American "Speaking Words" shows. Join Scott and other fanatical fans for a special VIP meet-and-greet that will follow all spoken-word performances on the 2014 tour.

According to a press release, "this unique, and limited event will allow you to spend time with Scott like never before. It's a veritable post-show hang of cool with a metal legend, one that's sure to enrich your knowledge of not only all things Scott, but ANTHRAX, and metal history in general. It's Scott Ian like you've never seen him — and in a setting you'll likely never experience again."

What's included in the $50 package:

Scott Ian previously stated about the "Speaking Words" tour: "I'm calling it 'Speaking Words' because the pretension of saying I am doing a 'spoken-word' tour is too much to bear. This ain't no poetry reading. This isn't an evening of sensitive discourse.

"It's an evening of ridiculous truth. It's me talking (swearing) about this insane life I've led over the last 31 years, the people I've met and the shit that's happened. And when I'm done swearing, you can ask me anything you want, the floor is yours."

In an interview with Decibel magazine, Ian stated about the "Speaking Words" tour: "It's something I've always wanted to do, and I've always been trying to figure out how can I do this, how would I ever make this possible. I've seen [Henry] Rollins do it all these years; I saw Rollins, maybe on the first time he ever did a tour I went to see what it was going to be about. I mean, I am a huge fan of Rollins' music and I had read all his books at the time, so I really knew that he had a point of view and something he needed to express and he did it really well. It's something that I always wanted to do and I finally had the opportunity [last] year; doing this one-off show in London. I was approached by the band's agent, who basically put it together, and asked, 'Are you interested in doing this?' And I said, 'Absolutely. I've been kinda waiting for this to happen but I didn't know how to kick-start it.' I did the one show in London and I enjoyed myself so much, I had such a good time with it that I was like, 'Can I do more of this? How do we do more of this?' They came back and said, 'There's a lot of interest in it, do you wanna do a tour?' I was like, 'Sign me up! Let's find a window when it works and go and do it.'" 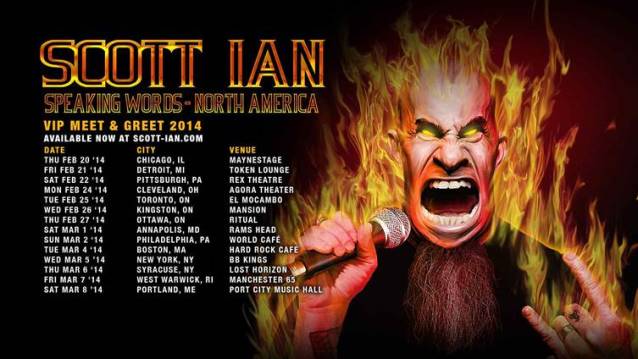