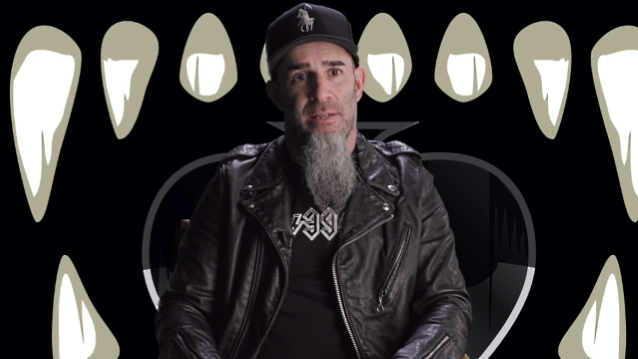 ANTHRAX guitarist Scott Ian recently spoke to Download Japan about how he first met the members of METALLICA in 1983 at their cramped rehearsal spaces in Jamaica, Queens, New York while METALLICA was preparing to record its seminal debut LP, "Kill 'Em All".

"I was at the Music Building in Queens where we had a rehearsal room," Scott recalled (see video below). "And we had the same manager, Jonny Z. And METALLICA was coming from San Francisco in a U-Haul truck to New York. They had a rehearsal room set up at the Music Building as well. We knew there were these like-minded dudes from San Francisco kind of doing this new thing as well. They didn't have a place to stay. They were living in this building that only had cold water running in it. It was filthy. I mean, it was disgusting. So we would bring them to our house [so they could] shower. We obviously became fast friends. And our history goes back to literally ground zero with those guys. The genesis of what we were all to become, that seed was planted so long ago. It's such a trip to think we were doing just what we had this passion for, what we fell in love with. And that's all we still do."

ANTHRAX is currently writing material for the follow-up to 2016's "For All Kings" album.

Drummer Charlie Benante told Metal Rules last year that the songs that the band is working on now "are a little more aggressive and angrier, only because the climate we are all living in is reflected in our music."