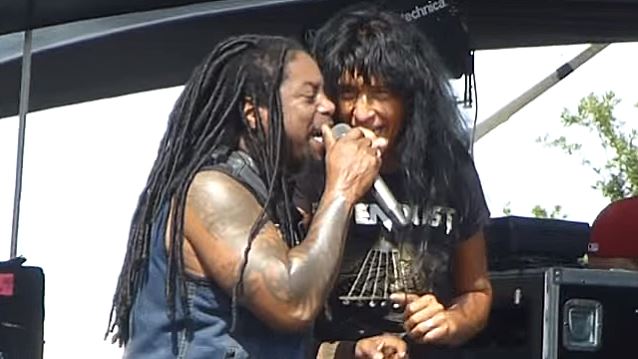 ANTHRAX singer Joey Belladonna joined SEVENDUST on stage on April 30 at the Fort Rock festival, which was held at JetBlue Park in Fort Myers, Florida, to perform the SEVENDUST song "Face To Face". Fan-filmed video footage of his appearance can be seen below.

ANTHRAX's latest album, "For All Kings", came out on February 26 via Megaforce in North America and Nuclear Blast in Europe.

SEVENDUST was among the nominees for the 58th annual Grammy Awards, which was held on February 15, 2016 at Staples Center in Los Angeles.